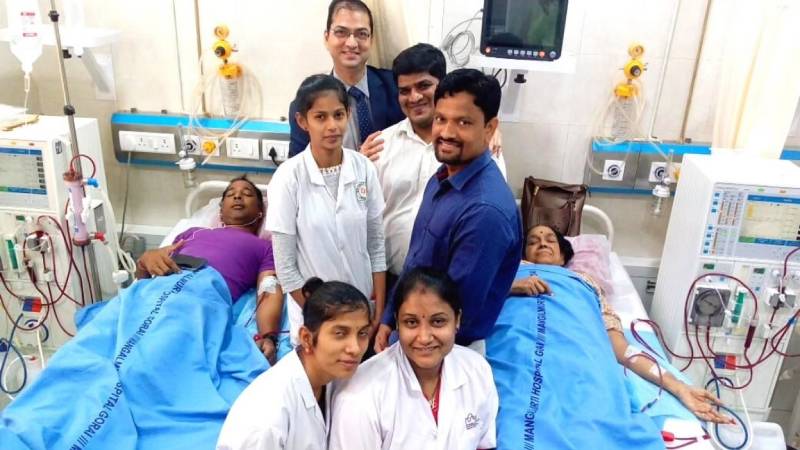 It’s been a very difficult time for all of us since the pandemic has begun. For more than one year now, people are still suffering, be it financially, mentally, or physically. Last year was especially disastrous for those undergoing medical ailments. Ashwin Kadam from Mumbai’s Gorai also felt helpless during the lockdown when he could not get a hemodialysis treatment for his chronic kidney disease. Such patients require kidney dialysis at least once a week or more as per the condition. In that tough phase, Ashwin could seek the required medical care without any hindrances and the treatment was at a lower cost, all thanks to Mumbai-based startup ‘The Renal Project.’

Renal Project helped many such patients.

The project was launched by the 39-year-old Shashank Moddhia in 2019 after he quits his job in the USA. He worked with Baxter International, a USA-based multinational healthcare company that provides affordable hemodialysis to patients. Shashank holds a Masters degree in Biomedical Engineering from the University of Texas, USA.

The idea behind the start-up

According to Shashank, hemodialysis does not reach the villages, mainly due to the huge operational costs and the quality is also not as per standards. As the number of patients increase each day, it becomes difficult for hospitals to run a facility for hemodialysis as the dedicated staff has to be deployed. From the availability of the staff to requiring blood to staff’s preparation for all kinds of emergencies etc, it becomes difficult as hospitals do not offer full-scale treatment. And that’s the reason it is not feasible in rural areas too. It was after this when Shashank did a detailed study for about four months and decided to launch a startup to help patients living outside the city.

Also Read: #FirstStoryPositive: Know how Paulami Patel survived a major electric shock at the age of 12

The majority of hospitals offering kidney dialysis are located in urban areas and 50% of the patients who require hemodialysis are from rural areas. Traveling from semi-urban or rural areas to the hospital twice or thrice a week becomes difficult for them.

The startup helps in reaching out to such patients for their treatment at a lower cost.

A single session for hemodialysis costs between Rs. 1,700 and Rs. 4,000. Thus, the annual average expense turns out to be around Rs. 2 lakhs. Whereas, his startup offers treatment between Rs. 725 and Rs. 1,400, reducing the cost by almost 40 percent. Shashank reduced the cost of the infrastructure by scaling it down. A small unit of three to six beds is established in a 200-sq feet room in a private hospital. Three-bed setup costs about Rs. 25 lakh, including the cost of the equipments.

Apart from Mumbai, the company has centres in Thane, Pune, Nashik, Nagpur, and Sangamner.