Dipika Minz wants to become an IAS officer and do good work for society. 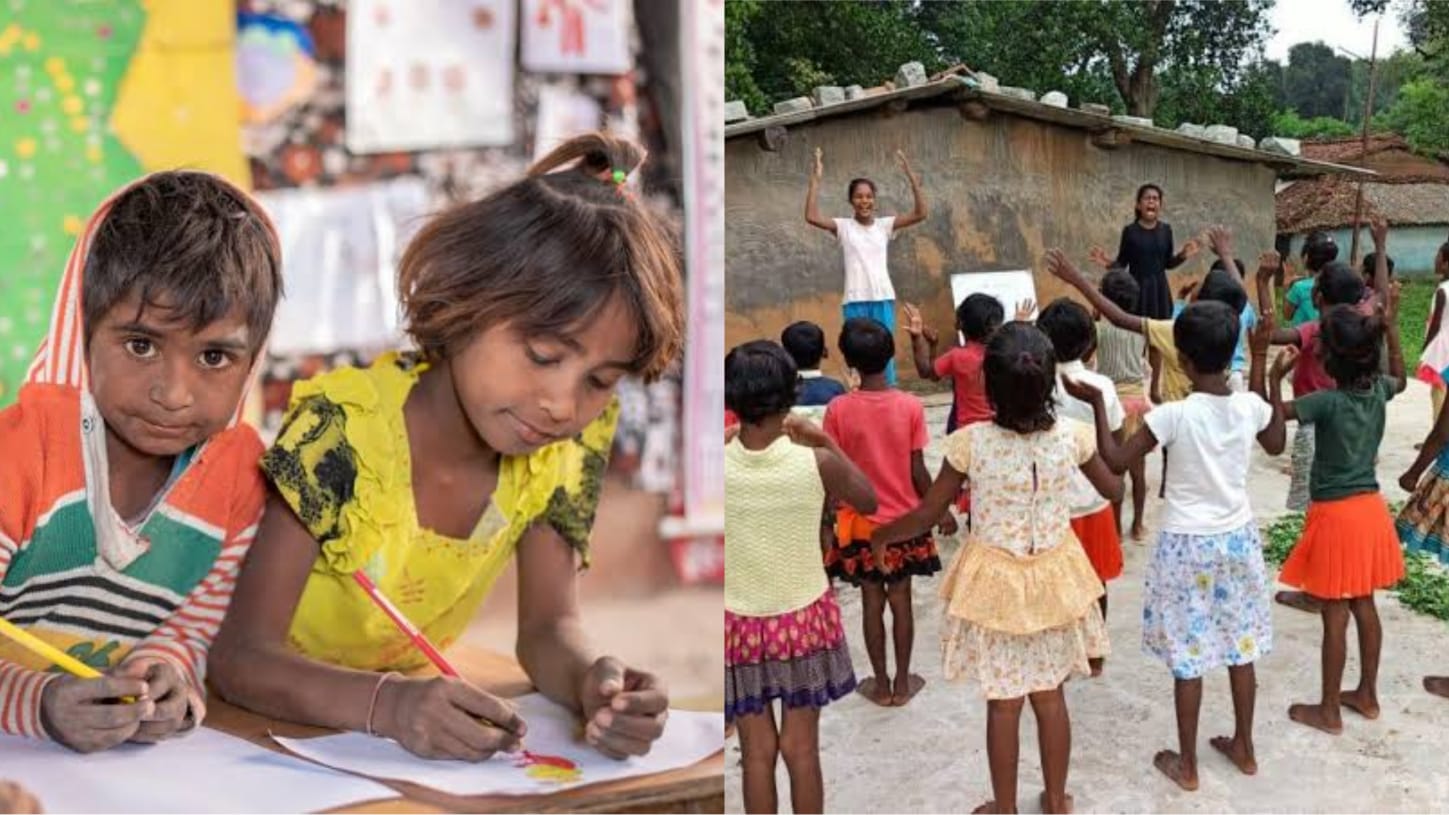 Due to the coronavirus lockdown, schools were shut down and students were compelled to attend online classes. While the easy availability of stable internet connection in urban regions ensured that classes went well, children in rural sections of the country continue to suffer from a lack of adequate internet access.

In the midst of these unprecedented times, an 11-year-old tribal girl devised a creative solution. She has been giving free classes to her juniors, helping them remember what they learned in school before Covid struck.

Dipika Minz, a class 7 student at a private school in Chandapara village in Khunti, Jharkhand is doing everything she can to assist young children in continuing their studies during the lockdown.

Dipika not only came up with the idea and implemented it on her own, but she also persuaded Gram Sabha to start such classes for senior students, which now have over 100 students.

Dipika now teaches English and Math to her juniors in the first batch before attending her own classes taught by village volunteers.

She began by tutoring two of her neighbours' children in her courtyard, to assist them in pursuing their studies while also revising what she had studied earlier.

“Whenever I used to watch children playing around my house, I used to wonder if I had been forgetting what I learnt in school, then the other small children must have forgotten their lessons as they rarely attended their school for a year,” Dipika told the New Indian Express.

"So, I asked them certain questions that they couldn't properly answer. Then, in the beginning, I started teaching two children, one in prep and the other in class 2, in the courtyard only to refresh what I had studied earlier in school."

When parents learned of this, they began sending their children to Dipika's classes, and she soon had over 20 students. Dipika's friend joined her as the number of students expanded, and the class was moved to a platform built around a tree by the Gram Sabha.

“As the number of children got bigger, one of my friends, Tannu Sneha Lakra, came to my help." Dipika added, "I also moved my class to a platform built around the Gram Sabha's tree."

Witnessing Dipika's effort in helping other students while continuing her own study, the Gram Sabha called a meeting and decided to make similar arrangements for children in the upper classes, including Dipika. Madhu Minz, a class 12 student, and Lily Sneha Lakra, who is pursuing her graduation with English Honours volunteered to teach.

“At the weekly Gram Sabha meeting, we discussed who would teach Dipika if she was teaching her juniors. As a result, a proposal was passed to offer similar arrangements for Dipika and other students her age,” said Amit Kispotta, Gram Sabha Secretary.

Madhu and Lily are given study materials and are allowed to teach the children whenever they are free.

“We provide them with study materials, and they teach kids for free and at their convenience,” said Kispotta.

Dipika wants to become an IAS officer and do good work for society.