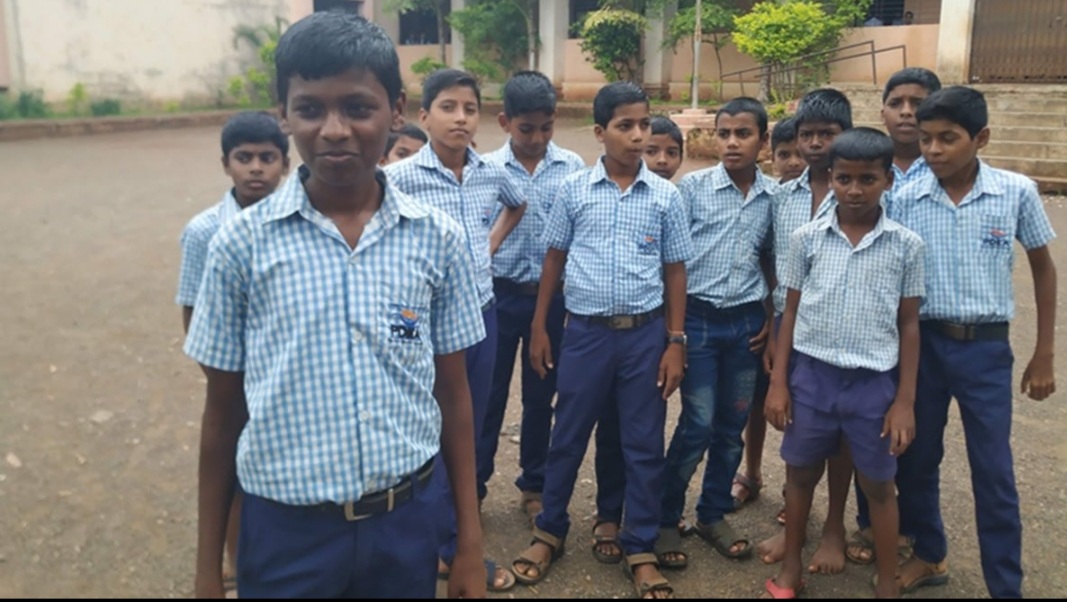 16 years old, Ananta Doiphode walked 22km to and fro daily to access education. He had to reach Panshet, a remote hilly area in Maharashtra’s Pune district from Varghad village of Velha tehsil.

Meanwhile, his hard work paid off and he scored an impressive 82.80 percent in class 10.

Like many, Ananta too find this routine hard as walking such a distance wasn’t that easy, but he didn’t let this tiring schedule affect his studies.

Sharing his struggle, Ananta said in an interview, “I used to wake up at 4 am and study till 6. After that in again sleep for an hour before waking and leaving on foot to school.”

He further discussed, “After returning from school, I studied late night every day as I knew it was an important year for me.”

Ananta is the eldest of three siblings. They reside in an old, tiny mud-house in Varghad village of Velha tehsil, which is barely 60 km from Pune city.

His father is a waiter in a canteen. Ananta achieved a great score despite odds and by living in a house that has no fan and is dark even during the day.

However, Ananta wasn’t very much satisfied with his performance and said he’ll only have a sigh of relief once he qualifies the UPSC exam.

Sharing his plans, he said, “I will go to Pune city for junior college. I want to prepare for UPSC to become a civil servant. I was hoping to score 90%. I may have achieved that had I stayed at the hostel near my school. But we didn’t have money. Walking four hours a day was really tiring” he added.

Asha Kutwal, a school teacher at Shri Shivaji Vir Baji Pasalkar High School in Panshet, where Ananta is a student, shared that many students walk several kilometers to school. “We have students who walk 10 to 22 km every day. They come from villages where bus service is not available,” she said.

In the interview, Ananta’s mother also pointed out the unavailability of transportation and said, “There is only one bus available and that reaches our area very early and in the evening there is no fixed time as it may arrive at 6 pm or 10 pm. Moreover, we didn’t have money to buy a monthly pass, therefore Ananta and many students like him often choose to go on foot.

“The bus pass for boys costs around Rs 660 per month, which is quite expensive for them. For girls, it is just Rs 30. Besides, we need to go to Swargate which is in Pune city, to get the pass which again adds to the cost” said Avishkar, Ananta’s classmate.

The Swargate Depot Manager of Maharashtra State Road Transport Corporation (MSRTC) stated ‘lack of demand’ to be the reason for limited transportation in the village.

Despite struggles Ananta managed to score 82 percent.  His teachers expressed confidence for his bright future. They said he performed exceptionally well despite the hardships and we are sure he’ll make his parents proud one day.

Get the latest update about Rules, check out more about despite odds, Institutions, Colleges & Positive story