India's real GDP growth decelerated to 4.7 per cent in the third quarter (October-December) from an upwardly revised 5.1 per cent in the second quarter owing to slower government consumption. 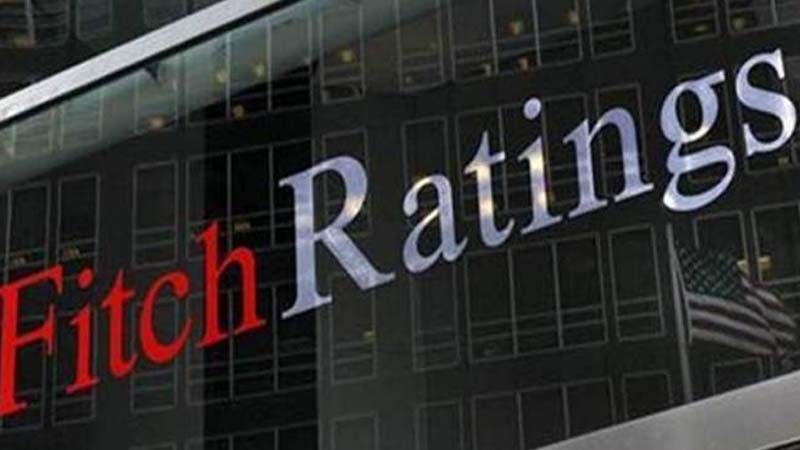 Fitch Ratings on Monday cut its forecast for India's economic growth to 4.9 per cent in the current fiscal on weak domestic demand and supply chain disruptions due to the coronavirus outbreak.

India's real GDP growth decelerated to 4.7 per cent in the third quarter (October-December) from an upwardly revised 5.1 per cent in the second quarter owing to slower government consumption.

"A failure of the FY2020/21 Union Budget to provide support to the industry will also bring little reprieve for a sluggish industry already coming under heavy pressure from a credit squeeze following the collapse of several key Non-Bank Financial Companies (NBFCs)," it said.

NBFCs are a key channel in which consumers obtain loans for vehicle and housing purchases.

"Our revision is due to our view for disruption in the automotive and electronics supply chain from the ongoing Covid-19 outbreak in China to weigh on India's export manufacturing sector, and for this to have negative knock-on effects on the broad services sector," Fitch Solutions added.

It expected a mild pick-up in growth in the next fiscal assuming an easing of the virus spread from June, which should see a broad-based improvement in the economic activity.

Manufacturing and services are expected to pick up in FY2020/21.

"We also expect economic activity to be supported by an improvement in the agriculture sector through better harvest prospects and fiscal support announced in the FY2020/21 Union Budget."

The growth deceleration in the third quarter was mainly due to a collapse in gross fixed capital growth, which contracted by 4.5 per cent, and the slowdown in government consumption growth to 11.8 per cent from 13.2 per cent in the second quarter.

Also, a continued contraction in total vehicle sales, suggests that the outlook for the automotive industry remains weak, Fitch Solutions said forecasting that the total vehicle demand would remain weak over the coming months, which should also see production remain in contraction.

Auto industry contributes 7.5 per cent to the total GDP and accounts for half of the manufacturing GDP.

On the external front, supply chain disruptions due to the Covid-19 outbreak, which began in China, will also severely curtail manufacturing activity across automotive and electronics due to a shortage of parts.

The coronavirus outbreak in China has prompted the Chinese authorities to implement varying degrees of lockdowns on many cities nationwide.

"Extended factory work stoppages after the Lunar New Year holiday in January, domestic restrictions travel, and labour shortages even as the Chinese government attempts to get factories to resume operations have severely disrupted supply lines across the world," it said.

China supplies between 10-30 per cent of automotive components used in India's automotive manufacturing, with the proportion supplied being two to three times higher for the electric vehicle segment.

For the Indian electronics manufacturing sector, China accounts for 75 per cent of the total value of components used in televisions and 85 per cent in smartphones, supplying parts from mobile displays, printed circuit boards, memory and LED chips to air conditioner compressors and washing machine motors.

"We forecast real GDP growth to recover slightly to 5.4 per cent in FY2020/21, with the pick-up to be broad-based. Our forecast assumes that the Covid-19 outbreak will be contained by H1FY2020/21, although we stress that there remains significant downside risks to this forecast as there is still limited visibility on the virus spread in developing markets," Fitch Solutions said.

It said a normal monsoon should also see a significant improvement in the 2020 summer harvest versus 2019. A likely ramping up of manufacturing activity to clear backlogged export orders would also support stronger growth in the sector.