The 88 year old political leader was also the governor of Tamil Nadu. He breathed his last in Hyderabad early this morning. 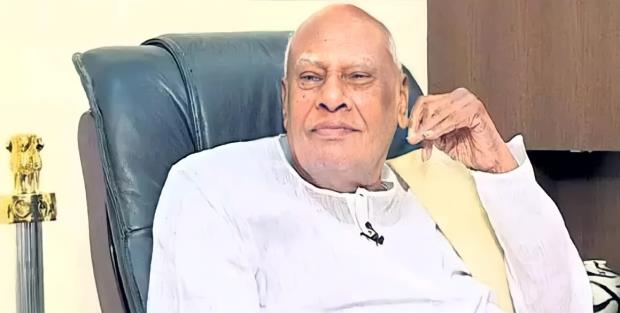 Former Chief Minister of the unified state of Andhra Pradesh, Konijeti Rosaiah, passed away on Saturday, December 4. The 88 year old political leader was also the governor of Tamil Nadu. He breathed his last in Hyderabad early this morning.

According to sources, his pulse rate declined at his residence after which he was transferred to Star hospital, where he passed away at 5.30 a.m. today.

Rosaiah, who was born on July 4, 1933, in Vemuru of Guntur district, entered the legislative council in 1968 as a member of the Congress party. He served as Road and Buildings and Transport minister during Marri Chenna Reddy's tenure. He was elected to the Chirala assembly constituency from 2004 until 2009.

He has previously served in the Cabinets of K. Vijaya Bhaskar Reddy and Y.S. Rajasekhara Reddy, among others. As Finance Minister, Rosaiah had a track record of bringing budgets to the Assembly floor. He presented a total of 16 budgets.

Rosaiah, the then-Finance Minister, was elevated to Chief Minister after the sudden death of Y.S. Rajasekhara Reddy in 2009, before being appointed Governor of Tamil Nadu.

Rosaiah stayed out of politics when his stint as Governor of Tamil Nadu ended.