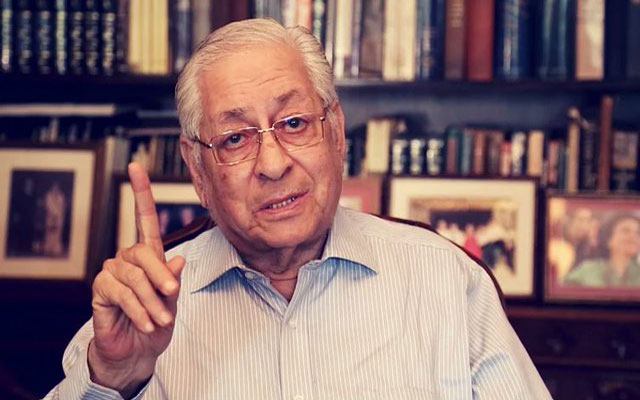 Former Attorney General Soli Sorabjee and renowned jurist died of Covid-19 in a private hospital in New Delhi on Friday morning. He was aged 91.

One of the topmost lawyers of the country, Sorabjee was tested positive for Covid a few days ago and was being treated in a private hospital in the national capital. He is survived by his wife, a daughter and two sons.

In his around seven decades of the legal profession, Sorabjee served twice as the Attorney General for India. First from 1989-90 and second from 1998 to 2004.

Tributes started pouring in from across the country, including President Ram Nath Kovind and Prime Minister Narendra Modi also expressed their grief over his demise.

President Kovind said, “In passing of Soli Sorabjee, we lost an icon of India’s legal system. He was among select few who deeply influenced the evolution of the constitutional law and justice system. Awarded with Padma Vibhushan, he was among most eminent jurists. Condolences to his family and associates.”

Prime Minister Narendra Modi took to his Twitter handle and wrote: “Shri Soli Sorabjee was an outstanding lawyer and intellectual. Through law, he was at the forefront of helping the poor and downtrodden. He will be remembered for his noteworthy tenures India’s Attorney General. Saddened by his demise. Condolences to his family and admirers.”

Paying honour to the former attorney general, a Supreme Court bench of Chief Justice N V Ramana and Justices Surya Kant and AS Bopanna, just before the starting the day’s court proceedings via video conference, said, “It is a very sad news that human rights fighter Soli has passed away this morning. We pray for the gentle soul.”

Born in 1930, Sorabjee started his practice in 1953 at the Bombay High Court where he assisted Nani Palkhivala, another Parsi courtroom genius in the landmark Keshavananda Bharati case who argued against the government. In 1971, he was designated as 'Senior Advocate' by the Supreme Court.

He was conferred Padma Vibhushan, the second-highest civilian award, in 2002 for his exemplary services to humankind.

In his long span of a career as a lawyer, Soli was popular for his work on human rights.

The UN in 1997, appointed him as a Special Rapporteur for Nigeria to report on the human rights conditions in the country. From 1998-2004, he was also the Chairman of the UN sub-committee on the Protection and Promotion of Human Rights.

Known for his wittiness, Soli was admired for his sharp style of argument inside the court.

He was also a jazz enthusiast.