Irfan Pathan shared the good news by posting picture with his son on social media.

Former Indian cricketer Irfan Pathan has once again become a father. He is blessed with a baby boy. Irfan shared the good news by posting a picture with his son on social media. Irfan and his wife Safa named their son Suleiman Khan.
He wrote on Instagram, “Safa and me welcome our baby boy SULEIMAN KHAN. Both baby and mother are fine and healthy. #Blessings” 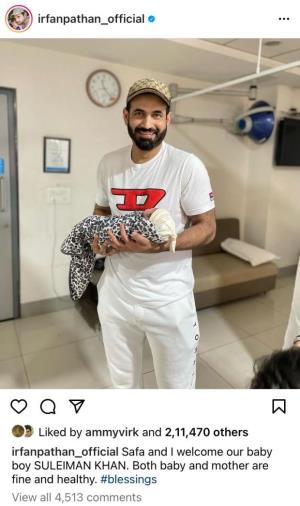 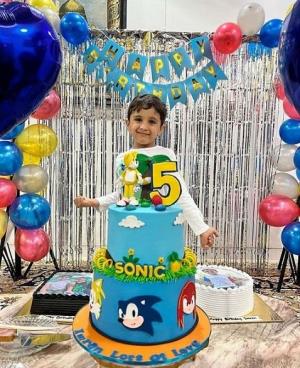 Also read: Shami becomes 5th Indian fast bowler to claim 200 Test wickets
Hailing from Baroda, Gujarat, Irfan Pathan was considered as India's next best all-rounder to Kapil Dev. Because of his all-rounder abilities, Irfan was selected for the T20 format and he played a vital part in India's success at the 2007 World T20. Irfan Pathan is the younger brother of Yusuf Pathan. The Cricket Academy Of Pathans was jointly launched by Irfan Pathan and Yusuf Pathan. The academy has tied up with former Indian coach Kapil Dev and Cameron Tradell as chief mentors. Chappell would coach the coaches of the academy.
Irfan Pathan retired from all forms of cricket, on 4 January 2020. The left-arm pacer played his last IPL game back in 2017 and went unpicked in the following three auctions.