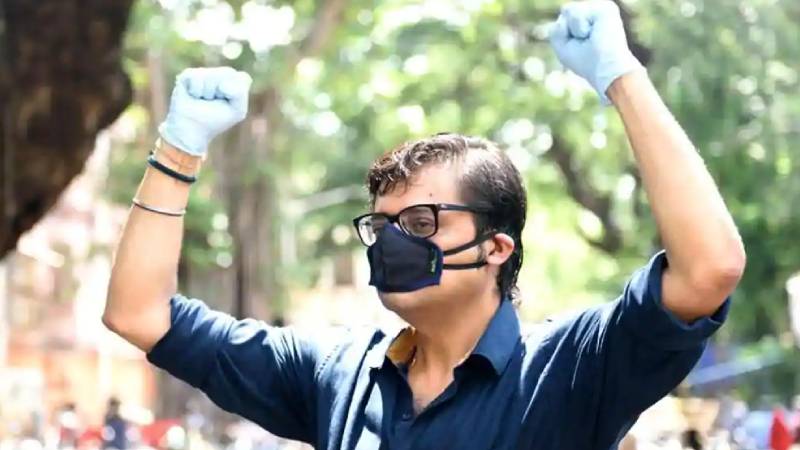 Now, another civil suit has been filed against the journalist and his channel Republic network. A civil suit was filed in a Mumbai court by Iqbal Shaikh seeking to restrain Republic TV, R Bharat, and news anchor Arnab Goswami from discussing or referring to the FIR registered by the Mumbai police alleging manipulation of TRP ratings by TV channels.

Iqbal Shaikh is a former Assistant Commissioner of Police, Mumbai also seeks damages to the tune of Rs 5 lakhs to the mental agony caused to the plaintiff on account of the "defamatory reports" against Mumbai police.

The complaint said, "Plaintiff submits that the Defendant No. 1(Arnab Goswami) has transgressed his limits as an owner of Republic TV and has started pursuing his own agenda by being the Editor-in-Chief and by blurting out large sermons about his own case which under probe by Mumbai Police."

"Defendant No. 1(Arnab Goswami) is seeking to foreclose the investigation by coming up with a libellous and defamatory campaign of a sustained nature. For this reason, it is imperative that an injunction be directed against Defendant No. 1 to refrain from discussing this case," the petition added.

"When Defendant No. 1, as a personally interested party, makes rhetorical allegations in a fiery tone by branding Mumbai Police an Organisation inhabited by dishonest officers, and that too without any substance, then it badly hurts the Plaintiff," it also said.

"The Plaintiff submits that when a case is under investigation under statutory provisions, Defendant No. 1 cannot be granted the liberty to discuss his own case and arbitrate it in his own TV channels by defaming Mumbai Police."