From a Flop debut to Superstar, check out some lesser known facts about Indian Elvis Presley

Bollywood fans are celebrating the birthday of Shammi Kapoor, the superstar of 50s, 60s and 70s era. Born on 21 October 1931, he was one of the most popular actors of his time. Today on his birth anniversary, we are revealing some unheard facts about this Superstar. 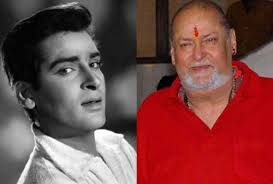 Bollywood fans are celebrating the birthday of Shammi Kapoor, the superstar of the 50s, 60s, and 70s eras. Born on 21 October 1931, he was one of the most popular actors of his time. He started his acting career in 1953 from the movie Jeewan Jyoti and went on to deliver stunning performances in Kashmir Ki Kali, Dil Deke Dekho, and blockbuster Junglee.

Today on his birth anniversary, we are revealing some unheard facts about this Superstar:-

2. Worked as a Junior Artist

Although his father was a superstar of Bollywood, Shammi Kapoor started his career as a junior artist and worked in his father’s studio at the salary of Rs. 50.

3. Debut from a flop movie

The superstar made his acting debut in the movie Jeewan Jyoti in the year 1953. This movie failed to impress the audience and was a huge flop. But he kept on working in the films while improving his acting skills and became one of the most admired actors of his time.

Shammi Kapoor was very fond of technology. He was one of the first internet-friendly Indian actors. He founded the Internet Users Community of India and also established the Ethical Hackers Association.

Shammi Kapoor is known for his unique dancing style and “neck-breaking” dance moves. He never needed any choreographer and performed spontaneously on the rhythm of the songs.

We have already mentioned Shammi Kapoor's interest in technology. He was one of the early Indians to master the internet. He was also aware of its power and created a website called Junglee.com, which contained the details of his family.