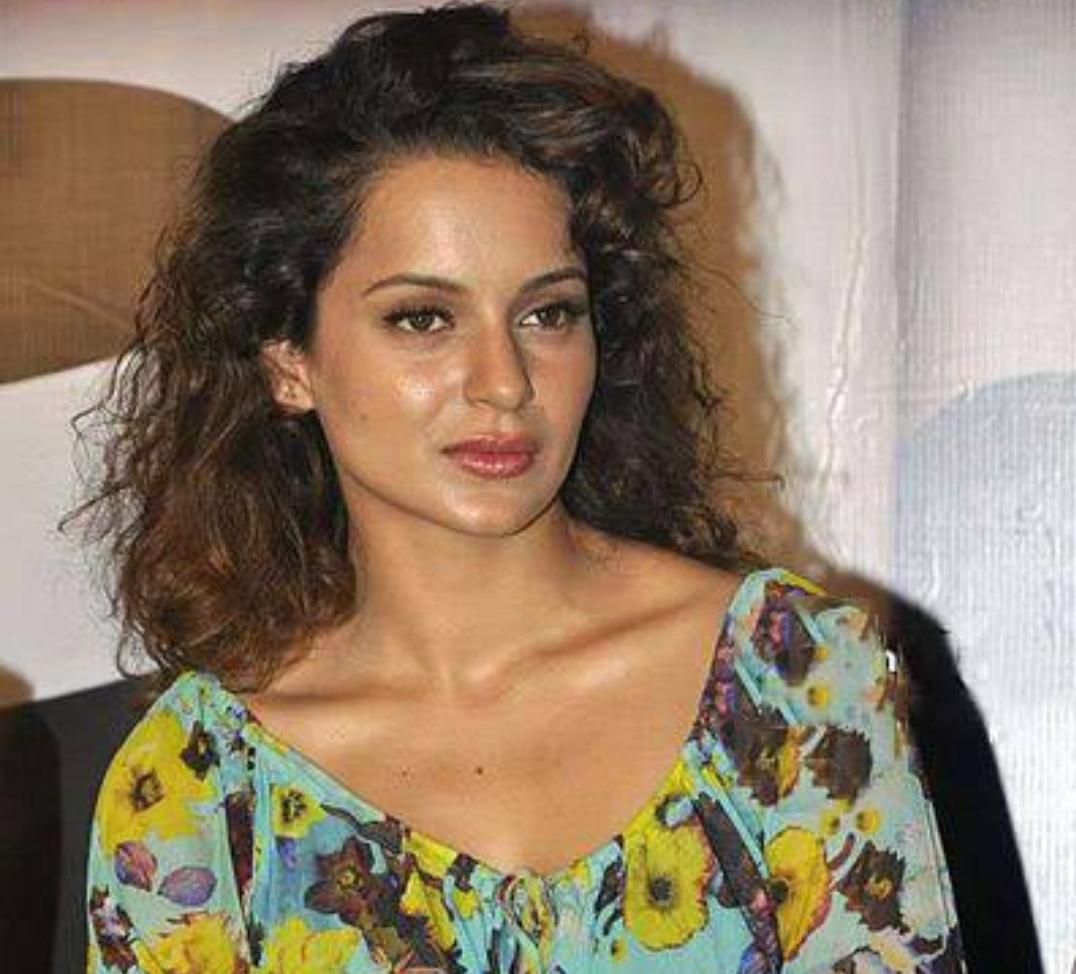 The headline queen Kangana Ranaut has been trending since morning for loud voice over Bengal violence. After her series of tweets the Twitter authority has ‘permanently suspended’ her account for violating policies again and again. One of her tweets was a call for President’s rule in West Bengal after the win of Mamata Banerjee in the state elections.

A Twitter spokesperson released a statement on the suspension which said, “we have been clear that we will take strong enforcement action on behavior that has the potential to lead to offline harm. The referenced account has been permanently suspended for repeated violation of Twitter rules specifically our hateful conduct policy and abusive behavior policy. We enforce the Twitter rules judiciously and impartially for everyone on our service”.

The tweet that was ‘against the rules’ had an urging message for PM Narendra Modi  to use his ‘Virat Roop’ from the ‘2000s’ now in Bengal. After reading this many believed that it is a careful reference to the Gujrat riots of 2002, when PM Narendra Modi was the Chief Minister of the state.

Not just there are multiple trends going on Twitter related to Kangana. Some have pointed that after this Hrithik Roshan and Mamata Banerjee would be the two most happy people in the country. One of the Twitter users posted a combined picture of the two and wrote, “the two most happiest person of India right now”. Another user writes, “ #KanganaRanaut account suspended. Bhakts asking #kangana_where_are_you”. Twitterverse is celebrating and heavily trolling Kangana.

Here are the tweets: 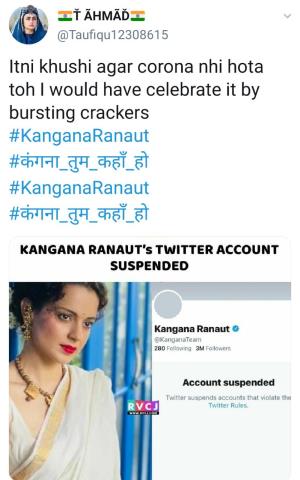 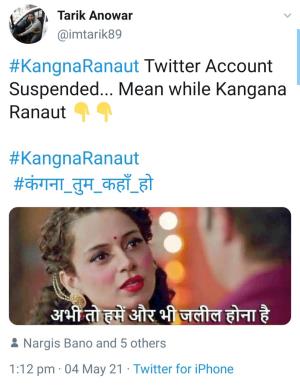 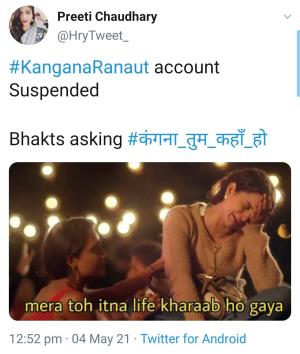 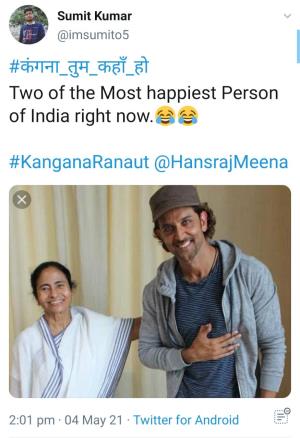