From coal to MNREGA, IAS Pooja Sighal has a long series of issues

The ED was able to confiscate various critical documents and benami property papers, as well as Rs 19.31 crore in cash, on the first day of the ongoing raids on Jharkhand's Mines Secretary Pooja Singhal. 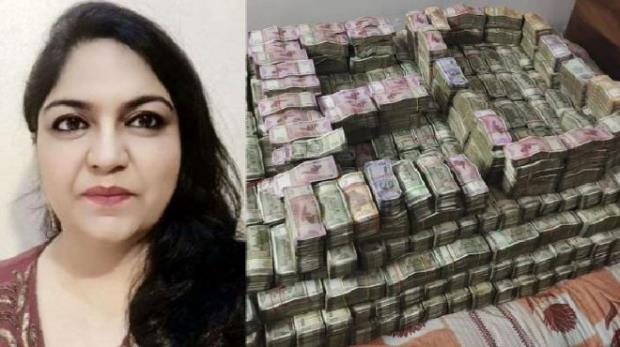 Pooja Singhal, an Indian Administrative Service (IAS) officer from the 2000 batch, is the youngest person to join the IAS cadre at the age of 21 years and 7 days, according to the Limca Book of Records. Singhal is currently being pursued by the ED and other law enforcement agencies. However, even before this, IAS official Pooja Singhal's journey from home to career was marred by controversy. Throughout her time on the job, she was subjected to numerous significant claims of corruption and irregularities, regardless of where she was stationed.
AITUC's State Secretary has launched a Public Interest Litigation
While serving as Palamu DC, Pooja Singhal was assigned the Kathautia coal block. There were numerous cons in this. Some officials were sanctioned, but Pooja Singhal's hair did not even turn. This is currently the subject of a Supreme Court case. Rajiv Kumar, the State Secretary of the AITUC, has filed a petition in the Supreme Court. IAS Pooja Singhal has to be dealt with, according to Rajiv Kumar. His shady behaviour is well-known.
Pooja Singhal should be prosecuted
KN Tripathi, a former Jharkhand government minister and a member of the Congress, has praised the measures taken against Pooja Singhal. He has, however, questioned the ED raids' timing. He believes that this measure is being attempted to discredit Jharkhand's JMM-Congress coalition government.
So far, 19.31 crores of cash have been received
The ED was able to confiscate various critical documents and benami property papers, as well as Rs 19.31 crore in cash, on the first day of the ongoing raids on Jharkhand's Mines Secretary Pooja Singhal. Documents relating to unexplained assets worth around Rs 150 crore have been discovered with Pooja Singhal, according to sources, and the ED team is investigating. The ED, on the other hand, has not yet confirmed this. On Friday, the ED launched simultaneous raids in Ranchi, Jharkhand's capital, Muzaffarpur, Delhi NCR, and Kolkata, West Bengal's capital. During this time, approximately Rs 17 crore in cash was discovered in the home of a CA connected to Pooja Singhal.
Also read: Jharkhand: Who is IAS Pooja Singhal? ED raids at her home recover Rs 25 crore in cash; In Detail
Involvement in many frauds
Pooja Singhal donated Rs 6 crore from the MNREGA scheme to two NGOs while she was the Deputy Commissioner of Chatra. In this matter, a question emerged in the legislature, but she later received a clean chit. During her time as Deputy Commissioner in Khunti, her name was linked to a Rs 16 crore MNREGA scam, which is currently being investigated by the Enforcement Directorate.