Bharat Jodo Yatra: Rahul Gandhi to not unfurl the tricolour at Srinagar's Lal Chowk, Here's why

Lal Chowk holds a very crucial spot in the politics of Kashmir, an insight into its history till date Author : Tushar Singh 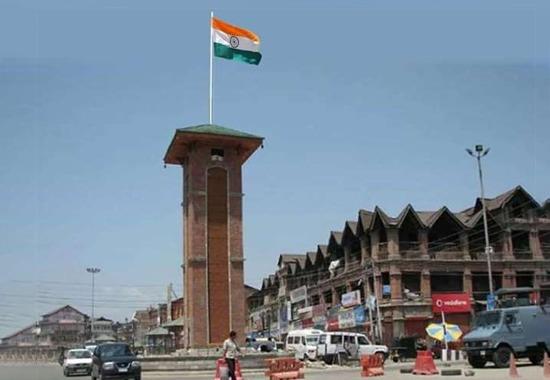 During one of his rallies in Bharat Jodo Yatra, Rahul Gandhi said, pointing towards the tricolour that we will take this to Kashmir, will fly it high, and nobody will be able to stop us.

While mentioning his intent he never mentioned Lal Chowk in any of his speeches. Rahul Gandhi’s Bharat Jodo Yatra is in Kashmir's leg and is nearing its end which will be marked by hoisting the tricolour in Srinagar on January 30th.

Amidst all this at the centre of the entire discourse is the question of hoisting the tricolour at Srinagar’s Lal Chowk. Although, a faction in the INC itself stands divided over it.

J&K Congress leader Rajni Patil said, that they are not of the view of hoisting the tricolour at the Lal Chowk and differ from the agenda of the RSS and that is why we will be hoisting it at the party office. On the other hand, BJP questioned Rahul Gandhi’s intent of maintaining distance from Lal Chowk.

History of the Lal Chowk:

It was BPL Bedi who wrote the first manifesto 'Naya Kashmir' for the National Conference, which was influenced by the Soviet Union. BPL Bedi was the father of actor and director Kabir Bedi.

Andrew Whitehead, the author of 'The Rise and Fall of New Kashmir', writes in his book, quoting the Times of India news published on November 8, 1947, that 'the red flag of the National Conference is hoisted on every public building in the city.

In 1980, Bajaj Electricals built a clock tower at the Chowk. After this Chowk has become the centre of political activities. Hoisting the tricolour at Lal Chowk has been seen as an act of patriotism. However, since the removal of Article 370 from Jammu and Kashmir in 2019, the tricolour is now continuously flying here.

The declaration of victory in the war against Pakistan was done from Lal Chowk itself:

The story of this dates back to October 1947, when the Pakistani Army enters Jammu & Kashmir by impersonating the tribals, fearing this Raja Hari Singh signs on the ‘Instrument of Accession’ and merges Kashmir with India. After this NC’s leader Sheikh Abdullah is made the chief of J&K’s interim government.

Raja Hari Singh of Jammu and Kashmir imprisoned Sheikh Abdullah in May 1946 for leading the Quit Kashmir movement against the monarchy. Sheikh Abdullah was released once it was announced that he would head the interim government. After this, the Indian Army went on in a full-fledged battle to drive out the Pakistani soldiers who have entered Jammu and Kashmir.

In 1948, India's first Prime Minister Jawaharlal Nehru and Sheikh Abdullah stood together at Lal Chowk to declare victory in the war against Pakistan. It was the Lal Chowk itself when Nehru announced to conduct Plebiscite, however, that never happened and the people of Kashmir saw this as a huge betrayal.

1963: First time when the violence broke out in Lal Chowk:

Lal Chowk has had a very important place in the centre of Kashmir's politics for many decades. However, in 1963, during the time of Chief Minister Ghulam Mohammad Bakshi, rumours of the theft of holy relics from Hazrat Bal Dargah spread. The place became a site of violence by a mob protesting the rumour.

The Palladium Cinema was the main landmark at Lal Chowk and used to display photographs of the Nehru-Abdullah rally. However, in 1985, the call for terrorism was heard in Kashmir. And it was then that a group of youths tore down a huge poster of Sheikh Abdullah at Lal Chowk.

It is said that these youths had seen the 1981 film The Lion of the Desert by Anthony Quinn. The film is about the Libyan hero Omar Mukhtar who fought against the Italian rulers. After this, the film was banned in the state.

Despite the capture of the terrorists, the NSG group used to hoist the tricolour here on TV. After the onset of militancy, the capture of Lal Chowk became a symbol of Kashmir. Because of this, it turned into a battlefield between the terrorists and the security forces. In 2014, MK Mattu mentioned the Lal Chowk incident in the Jammu and Kashmir newspaper Early Times.

He says in his writings, how the terrorist captured Chowk back in 1990. They placed a TV there and said whosoever, hoists the tricolour here can take this home.

As per Mattu, despite the presence of heavily armed terrorists a group of NSG commandos wins this challenge and takes the colour TV with them. NSG kept this TV inside their unit’s mess for years. Mattu has declared Lal Chowk as the soul of Kashmir’s politics.

In the era of 1990, BJP also accepts this threat of terrorists as a challenge. In December 1991, 'Ekta Yatra' started from Kanyakumari under the leadership of BJP leader Murli Manohar Joshi. Ekta Yatra reaches Kashmir after passing through many states. Narendra Modi was also present with Murli Manohar Joshi at that time.

During a conversation, Joshi says, “We wanted to hoist the tricolour on January 26th, because in winter the capital shifts in the valley and people didn’t have the national flag with them even. I asked people how they hoist our national flag, and they responded by saying it is not available there.”

Joshi further added, “When we reached there a question was raised how many will go to Lal Chowk because we had a group of nearly over 1 Lakh people. The Governor said it is not possible to take these many people there and secondly the terrorist activities were at their peak then, the terrorists have given us the threat. Lal Chowk was turned into a battlefield.”

After this, it was decided that around 20 people can go with Joshi. Then a cargo ship was hired and 17 to 18 people boarded it. Narendra Modi was also there in this. Modi was the organizer of this trip. After this all-reach Lal Chowk on the morning of 26 January 1992.

Terrorists were firing with rockets, and bullets were being shot merely at a distance of 5-10 feet, Joshi reminisced that they were hurling abuses on us, “but we responded to them politically only.”

Rahul Gandhi to hoist tricolour at his party office but not at the Lal Chowk:

Marking the end of ‘Bharat Jodo Yatra’ Rahul Gandhi will be hoisting tri colour in his party office but not Lal Chowk which is just 1 KM away. The rationale behind the move as described by several prominent political analysts is that Gandhi was seen with the national flag but hoisted it elsewhere in the country.

Ever since article 370 has been abrogated the national flag is flying high at Lal Chowk 24x7. If Rahul Gandhi does this, a message will go to the Kashmiris that they are different from the people of other states and thus they are hoisting the flag here.