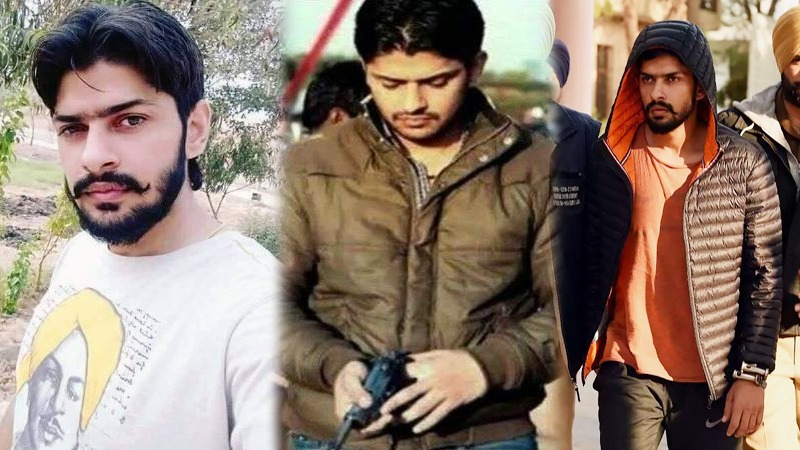 Born on February 12, 1992, from the wedlock of Lavinder Singh and Sumita Devi at Village Dhattaranwali near Abohar, District Fazilka, Lawrence Bishnoi is well known for his criminal activities. He belongs to the Bishnoi Caste and his Father Lavinder Singh was former Police constable.

He completed his basic education from the local High School along with his siblings. After that he took admission in DAV College, Sector 10 Chandigarh to study political science. Here Lawrence participated in college Students Union elections. Although he lost the election, but he woke up to the dream of becoming a Don, and it is believed that this period marked the beginning of Bishnoi transforming into a gangster.

Lawrence then publically fought his opposition party during college elections and for this reason a police case was registered against him. He attempted to clear BA part-1 twice, but failed and had even come to the college handcuffed for appearing for an examination. In 2011, he was the campus president of the Student Organisation of Punjab University (SOPU). He is the eldest son of his parents. He was passionate about wrestling and used to practise at an akhaara behind Sukhna Lake. He was an introvert.

During his later days in college, he managed to form a gang of youngsters including sportspersons and wards of police personnel. Students from well-to-do families considered themselves lucky to stay in his company. Some of his college friends are still loyal to him.

At present, he has over 25 cases registered against him including cases of attempt to murder, extortion, snatching,carjacking and under the Arms Act in Rajasthan, Punjab and Haryana. H came into limelight in January 2018, he had given life threat to Salman Khan ahead of a court hearing of 1998 Blackbuck poaching case and his men were nabbed doing recce of his house in Mumbai. In a very short span of time Lawrence has earned a lot of name in his area.

He had strong connections with a gangster-turned-politician from Fazilka, Jaswinder Singh, alias Rocky who was gunned down near Parwanoo in May 2016.

Young Congress Leader Gurlal, was murdered in broad daylight at Jubilee Chowk in Faridkot on February 18. He was shot six bullets on his body, while a total of 11 rounds of bullets were fired.

From the CCTV footage it was evident how the two bike riders fired a total of around 11 rounds on him. The attackers immediately escaped from the scene. There was chaos in the Chowk area after the attack.

Meanwhile, hours after the brutal incident took place; there was a big disclosure in the case as the Gangster Lawrence Bishnoi's Facebook ID posted a message claiming that the murder was done by him and Goldy Brar. The police is still investigating whose id was that and from where it is being operated.

In the Facebook post, Bishnoi said that he had told Gurlal several times to mind his own business and not to work against them by colluding with anti-party. However, not everyone can understand words and I also don't speak much, so was forced to take this extreme step', he said.

The gangster is quite popular among the youth

Sources from Police informed that Bishnoi over the years has gained massive popularity and followers through his friends, who are operating his social media accounts. He said that the reason people are following him and believing his social media posts is because it shows as if the gangster is a true patriot and is keen to help needy people.

He even pretended and showed himself a dedicated follower of his religion and its teachings. He used to do Sukhmani Sahib Path every morning inside the lock-up and had moved multiple applications in the local courts fearing a fake encounter.