An egg was thrown at Macron by a protester in Lyon who shouted: "Vive la revolution" (long live the revolution). 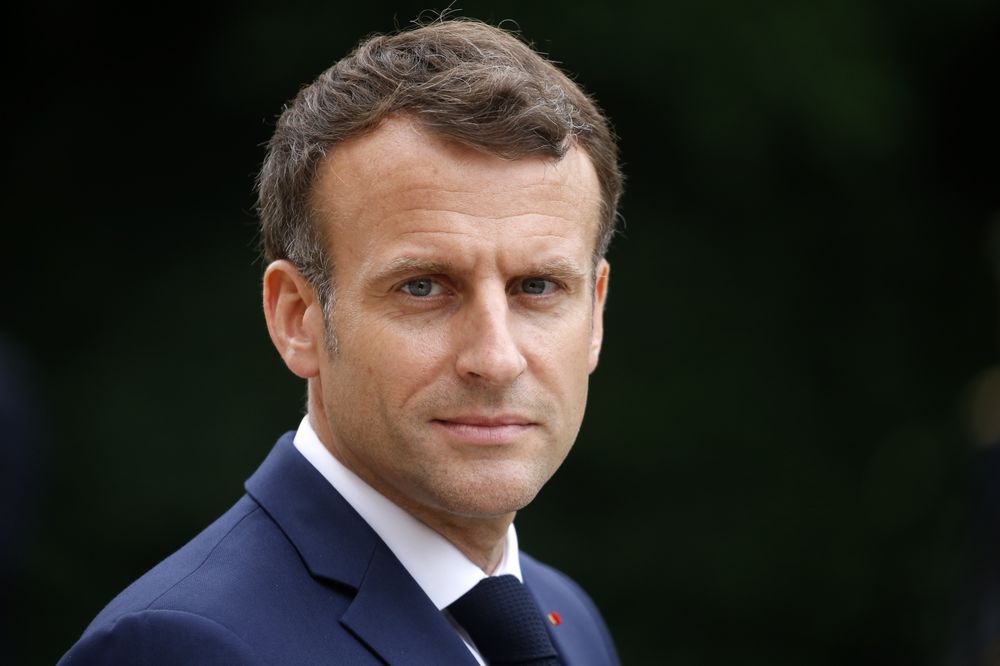 French President Emmanuel Macron who was in Lyon, a French city on Monday to attend French gastronomy at an international food expo, was pelted with an egg on his shoulder.
When Macron was passing through the crowd, an egg bounced off him without breaking.
The viral video is being widely shared on social media in which his two bodyguards are seen immediately moving closer to the president's shoulders to protect his shoulders.
Other bodyguards in the footage are seen taking a man away from the area.

The reporters at the scene heard Macron saying, "If he has something to say to me, he can come."
No details on the identity of the protester nor his motivation behind throwing the egg have been released by the authorities
This wouldn’t be the first time that Emmanuel Macron has been publicly assaulted.

In June, Macron was slapped by a guy in public when Macron was greeting a crowd in a tiny town in southeastern France. He then condemned “violence” and “stupidity.”

Macron was previously targeted by an egg in 2017 during his presidential candidate campaign. Well, then the egg shattered on his head.
Macron’s security team immediately stepped in to tackle the individual who slapped him and took the president away from the mob barrier.
Following the slapping incident, Macron received support from all political parties.
Like his predecessors, Macron enjoys meeting and greeting the French public, Crowd baths, as they are known in French. A long arrangement in French politics.

Macron, 43, is yet to announce his reelection run for France's next presidential election, which is due in six months. He is expected to announce it soon.

The French president is on a path to charm the voters with less than a year for the polls. His party had performed poorly in the country’s June’s provincial elections. However, political experts, noticed it was difficult to conclude his next election position through the low voter turnout.