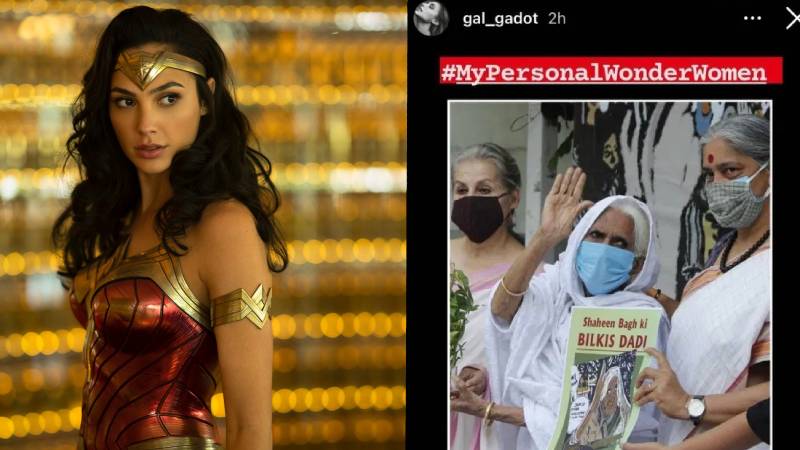 Gal Gadot is all set to be back as Wonder Woman and her alter ego Diana Prince in a third installment of the superhit superhero franchise, with Patty Jenkins returning to direct. The second film of the series, "Wonder Woman 1984", released on December 25 in theatres across several parts of the globe including India, besides on OTT.

However, Wonder Woman 'Gal Gadot' has stirred up a new controversy after she called Shaheen Bagh's Bilkis Dadi as her personal Wonder Woman. Gadot was sharing a few photos of women who inspired her in 2020.   One of the women was the infamous Bilkis from the Shaheen Bagh protests.

Interestingly, Gal Gadot shared the post and hailed Bilkis Dadi for fighting for women's equality. Bilkis was a prominent part of the protests that were organized as India decided to give citizenship to religiously prosecuted people from neighbouring countries of Pakistan, Bangladesh and Afghanistan.

Also Read: Madonna on 'homecoming' trip with family to Africa

Gadot shared a picture of Bilkis Bano and wrote, “Bilkis. This 82-year-old activist fighting for women’s equality in India showed me it’s never too late to fight for what you believe in."