Gautam Adani's 60th Birthday: Gautam Adani, one of the richest people in the world, is his 60th birthday today June 24, 2022. Author : Rohit Gupta 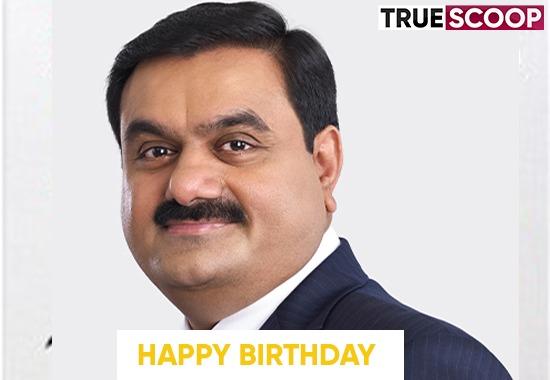 Gautam Adani's 60th Birthday: Gautam Adani, one of the richest people in the world, is his 60th birthday today June 24, 2022. India's biggest industrialist Gautam Adani has said that he will donate ₹ 60,000 crores on this special occasion which will be spent on social work.
The Adani family has announced to spend 60 thousand crore rupees on social works. The announcement has been made on the occasion of the 60th birthday of Adani Group Chairman Gautam Adani and his father Shantilal Adani's birth centenary. This amount will be managed by Adani Foundation.
Speaking on the occasion, Gautam Adani said that there is an increasing need to focus on health, education and skill development to harness the population benefit potential of the country. Any deficiency in these areas is a hindrance to self-reliant India. This amount will be spent on activities related to these areas.
Particular attention will be given to these areas in rural India. Adani Foundation has been working in the past for the change in the society with the goals related to sustainable development. On this special occasion, Gautam Adani made a tweet and through this, he confirmed this.
Also Read: Gautam Adani's net worth increases with ₹ 6,000 cr, overtakes Elon Musk & Jeff Bezos; Check Full List
He tweeted that on the 100th birth anniversary of his father and his 60th birthday, the Adani family is happy to donate Rs 60,000 crores for healthcare, education and skill-dev across India. Contribute to help build an equitable, future-ready India.
He has also posted two photos, in which it can be seen that Gautam Adani is celebrating his birthday among the school children. Talking to children in the class of school children. Apart from this, he has also got photos clicked with the children. Gautam Shantilal Adani was born on 24 June 1962 in Ahmedabad (Gujarat). He is the chairman and founder of Adani Group. His wife's name is Preeti Adani and his two children are Karan Adani and Jeet Adani.