Georgia bus driver viral video has been doing rounds on social media and netizens are shell-shocked by the incidents. 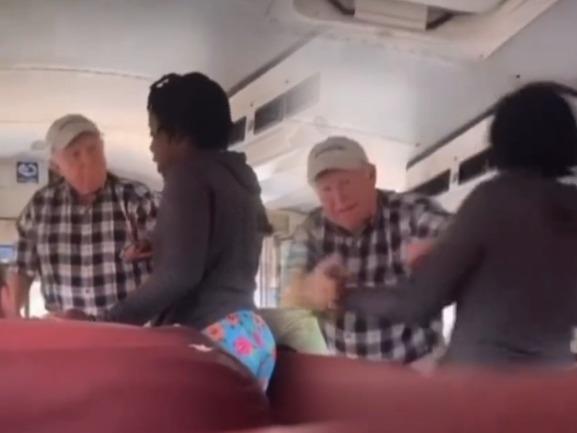 Georgia has been witnessing a raise in racism incidents as another blood-boiling incident has fumed the netizens on social media. Another racism incident video has been going viral on social media in which a 'white' bus driver in Morgan Count was caught on tape pushing two black students as well as another woman saying 'what a pain in the neck you guys are''. Georgia bus driver viral video has been doing rounds on social media and netizens are shell-shocked by the incidents. At first, Georgia bus driver Morgan County video was first shared by a News Anchor named Shon Gables and ever since then it has been spreading like a wildfire.

In Morgan County Georgia viral video, it can be seen the 'white' driver pushing the black student (6 years old) who can be heard crying out loud. While a girl, 10-year-old- reportedly the 6-years-old's sister tried to stop the Morgan County driver, he shamelessly calls her to shut her mouth. However, when the black girl resisted and stopped the driver from harassing his brother, the driver physically pushed her onto the bus saying, 'What a pain in the neck you guys are, Get back,' adding 'get out of here'.

GEORGIA: Morgan County school bus driver - James O'Neil - fired and arrested after pushing siblings - 6 and 10-year-olds - for refusing to sit at the back of the bus. Parents say the front of the bus is usually reserved for children this age. @CBS46 pic.twitter.com/DUbgf3xdJz

Reportedly, the incident took place on September 9, when the 'Black Siblings' 6-year-old and 10-year-old refused to sit at the back of the bus. After the video went viral on social media, the driver named James O’Neil was fired from Morgan County school. Later, he was arrested as well. According to the Morgan County Citizen, this went against the regular practice of younger children sitting toward the front of the bus, as high school students sat toward the back.

Morgancountycitizen quoted the children's parents Nene and Blake Carter accusing the school of ignoring complaints against the 'white driver' by multiple families. "It’s completely unacceptable," said Carter adding "We do believe this was racially motivated. This is not the first time we have complained about this bus driver harassing our children."

The school on the other hand, did not comment as the matter is subjudice and an investigation is going on.