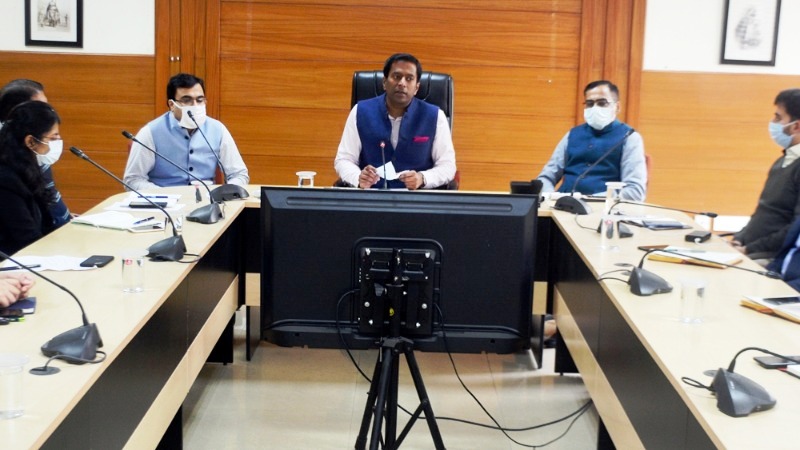 SAS Nagar, January 21:Culling, the mainstay of stopping the spread of the virus will commence in the two affected poultry farms of Derabassi on January 22, informed Girish Dayalan, Deputy Commissioner, SAS Nagar after National Institute of High Security Animal Diseases (NIHSAD), Bhopal’s confirmation of bird flu strain in the tissue samples forwarded for ascertaining the cause of the death of the birds.

Twenty five teams comprising of five members each would conduct the culling operation in the Alfa and Royal Poultry Farms in Derabassi. Culling of over 50,000 birds is expected to be undertaken at the affected epicenter.

Requisite safety gear including the PPE kits and face shields as well as the JCB machines have been provided to the culling teams and adequate quarantine arrangement is in place.

In the meanwhile, “the ten kilometer radius of the affected epicenter has been made the containment area to put a tab on any commercial poultry farming activity being conducted therein”, informed Girish Dayalan. Surveillance and sampling has been stepped up and two Rapid Response Teams (RRTs) have been deployed to keep a tab on any deaths of birds(crows/migratory/wild birds) in the district.

The virus involved in the Avian influenza is zoonotic; the pathogen can be transmitted from animals to humans as per preliminary reports. So, to detect symptoms of plausible infection in humans, the bird handlers in the affected poultry farms would be examined by the doctors for detection of symptoms, if any.

Get the latest update about National, check out more about Truescoop, Top Politics News, Trending & India