Girls Hostel Season 3 Release Date: When & where to watch the girls-studded comedy-drama on OTT

In the latest season as the hosteller gears up of putting up a talent show, they have a challenge ahead of fighting politics and resistance playing in the background 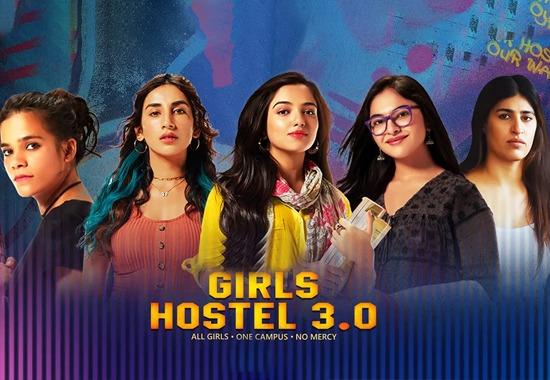 After two major successful stints in the web space, the enthralling show which came in 2018, which was presented by TVF on the girl’s life inside a hostel is set to return with a brand-new season with an extension of all the fun and drama ahead where the show left back in the 2nd season.

The show created by Shreyasi Sharma and directed by Harish D. Kalia will be showcasing all the “Girliyapa.” In the latest season as the hosteller gears up of putting up a talent show, they have a challenge ahead of fighting politics and resistance playing in the background.

The show’s third season will bring along more drama, challenges, and interesting twists and turns as the girl gangs are coming together with a much more connected bond and are ready to take on all the challenges coming their way.

The star-studded show will cast some of the top performers from the Gen-Z-based shows in the likes of Ahsaas Channa, Srishti Srivastava, Parul Gulati, Simran Natekar, Trupti Khamkar, Jayanti Bhatia, Kareema Barry, Tanvi Lehr Sonigra, and Akash Chopra in key roles. The show is produced by Arunabh Kumar of The Viral Fever (TVF).

The coming-of-age show made its debut in 2018, and the second season premiered in February 2021. Now the third season with much interest and drama is all set to stream on Sony LIV on the 25th of November and alike the previous two seasons this season will also have 5 episodes.

You will get to watch the show exclusively on Sony LIV on November 25, 2022. Like the previous two seasons, this one is also expected to premiere five episodes. Apart from its release in Hindi, the show will also be made available for fans in Tamil, Telugu, Malayalam, and Kannada.