Hansika and Sohael's grand marriage will take place at the 450-year-old Mundota Fort and Palace in Jaipur. 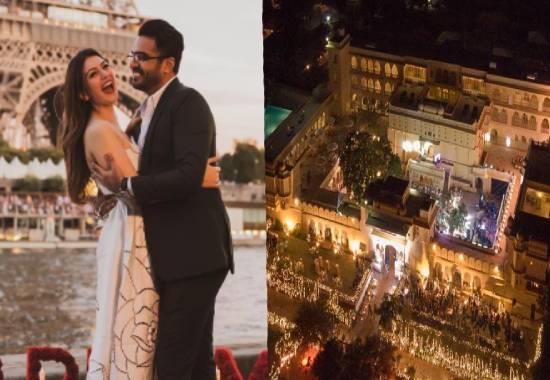 Hansika and Sohael's grand marriage will take place at the 450-year-old Mundota Fort and Palace in Jaipur. The couple will take part in Sufi night on December 2, followed by Mehendi and sangeet on December 3. The next day, December 4, the haldi ceremony will take place, followed by the wedding in the evening and a casino-themed after-party at night. Further, Hansika and Sohael's family members will also enjoy a polo match together.

Who is Hansika Motwani's fiance Sohael?

Reportedly, Hansika and Sohael Khaturiya have been best friends for a while. They are also business partners and have planned several events in the past. Reportedly, Sohael is a Mumbai-based entrepreneur. After working closely together, they eventually fell in love with each other.

On the work front, Hansika has several promising projects in the South. She has director Srinivas Omkar's My Name Is Shruthi in the making. Bankrolled by Ramya Burugu in association with Nagender Raju under the banner of Vaishnavi Arts banner. Besides, she also has a few Tamil films in the pipeline including Rowdy Baby, Untitled Vijay Chander film and Untitled R. Kannan film among a few others.