First Glimpse from Liger out: Vijay Deverakonda the MMA fighter for 2022

New Year gift for Vijay Deverakonda fans, the teaser of the much-awaited film is out 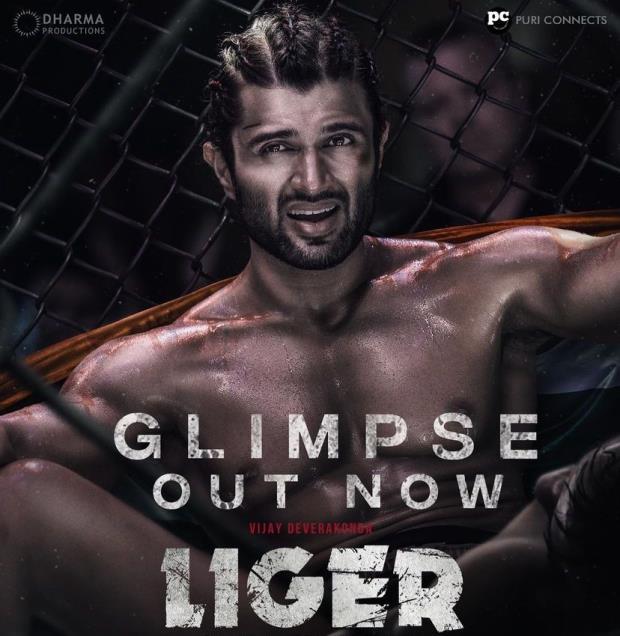 Good news for Vijay Deverakonda's fans. As the year is ending, the fans get a gift from Vijay. The actor's most awaited project 'Liger' is releasing in the upcoming year on 25 August 2022. The fans were waiting to see their Favorite's glimpse in his new avatar.
The 'Liger' team shared a glimpse of Vijay's movie. In the video, Vijay can be seen in a different avatar. The movie is about the story of a slumdog of Mumbai becoming an MMA champion. In the teaser, the MMA championship commentator introduced Vijay and explained his character. "Introducing the boy from India... Slum Dog of streets of Mumbai... The Chai Wala... Liger."
The movie teaser is fully action-packed. The transformation of Vijay Devarakonda into an MMA fighter is just amazing. It took two years for Vijay to prepare for this character. He went to Thailand for martial arts training.  It is the story of a local boy of Mumbai slums who sells tea with his mother. Ramya Krishna will be playing the role of Vijay's mother.
The action-packed film is directed by Puri Jagannadh and produced by Karan Johar, Charmme Kaur, Apoorva Mehta, Hiroo Yash Johar, and Jagannadh. The film is released under the banner of Dharma Productions and Puri Connects.
Vijay took his Twitter account this morning and shared the link to the movie. In the tweet, he wrote, "Glimpse. That's it.
#LigerFirstGlimpse
#Liger" 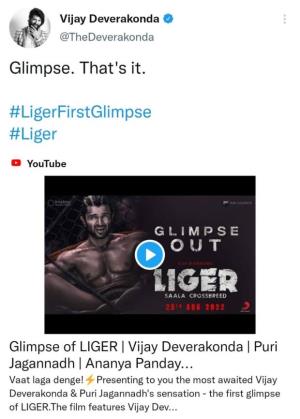 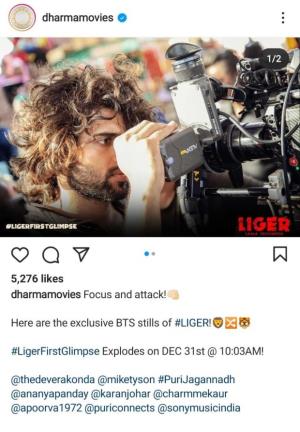