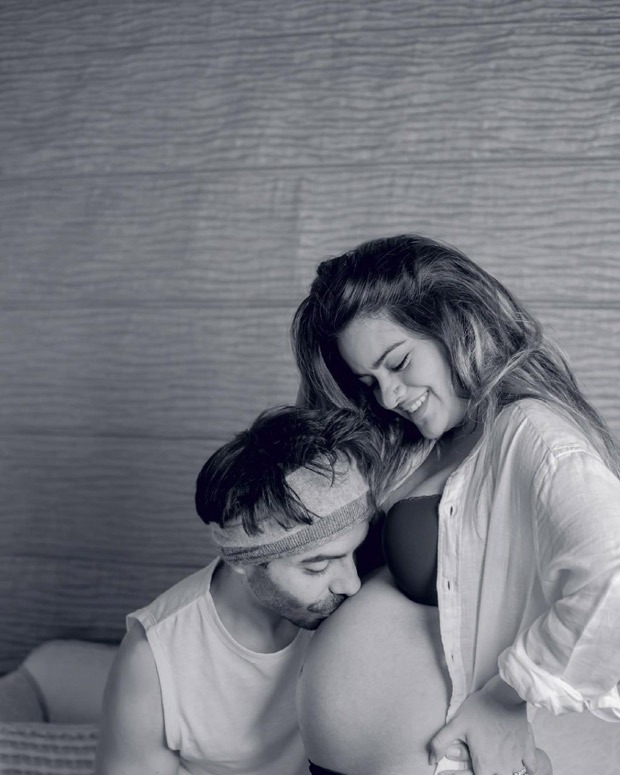 Aparshakti Khurana, Ayushmann Khurrana's brother, and his wife Aakriti Ahuja are expecting their first child together. Late Thursday night, the pair announced their happiness on social media with a series of hilarious posts.

Aparshakti and Aakriti announced their pregnancy on their Instagram profiles, releasing a photo from their pregnancy session in which Aakriti is seen flaunting her baby bump. 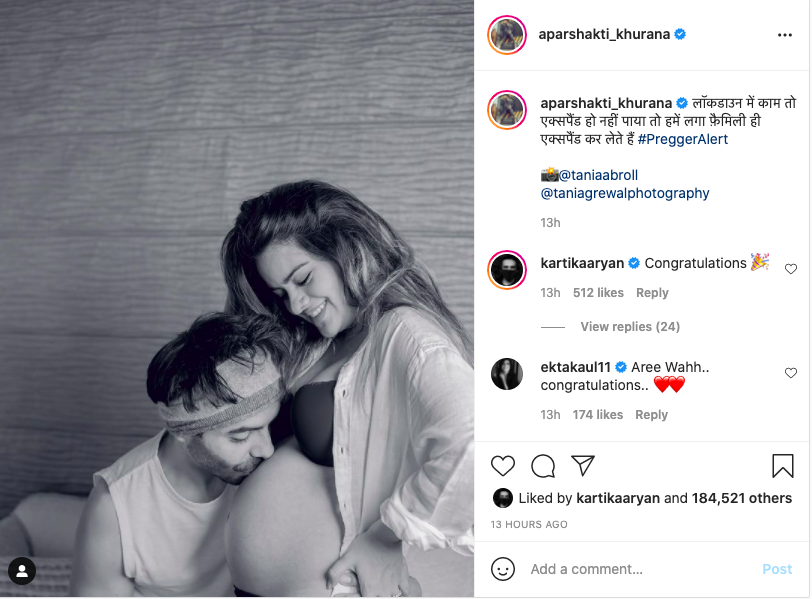 Aparshakti wrote, “Lockdown me kaam to expand ho nahi paya, humne socha family hi expand kar lete hain (We could not expand our work during the lockdown so we decided to expand our family instead) #preggeralert.” 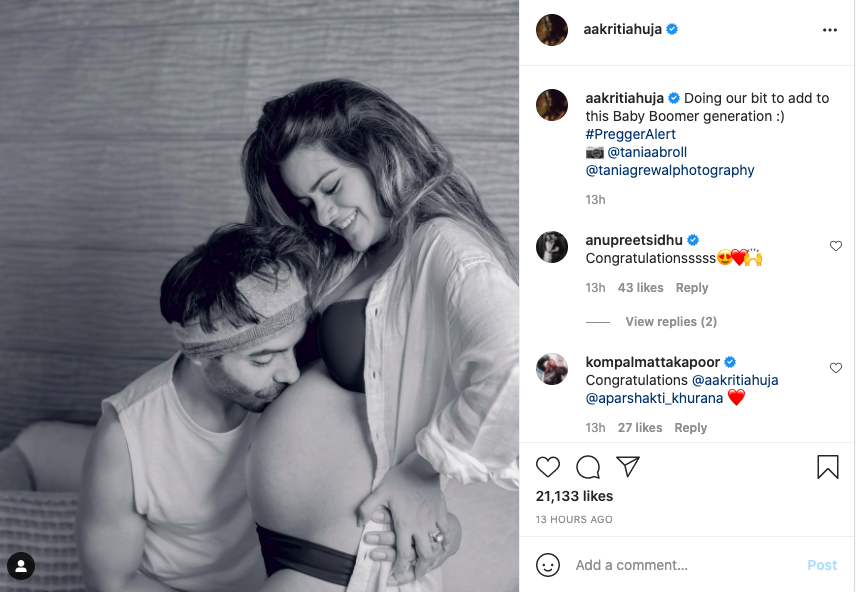 Aakriti wrote, “Doing our bit to add to this Baby Boomer generation :) #PreggerAlert”

In September of 2014, Aparshakti and Aakriti married. They met for the first time at a dance class, according to reports.

Many of the couple's Bollywood friends congratulated them as soon as they made the momentous announcement. One of the first persons to wish the couple was actor Kartik Aryan.

Mukesh Chhabra, the casting director, responded to Aakriti's tweet with a slew of heart and grin emojis.

Aparshakti debuted in a feature film with Aamir Khan's Dangal and has since appeared in blockbusters such as Stree, Luka Chuppi, and Pati, Patni Aur Woh. He was recently featured in Varun Dhawan and Shraddha Kapoor's dance drama Street Dancer, directed by Remo D'Souza.

Aparshakti is now awaiting the release of Helmet, his first solo lead picture, in which he stars alongside Pranutan Bahl. The film is a spoof on the country's real-life situation, in which individuals are uncomfortable buying and discussing condoms. Satram Ramani directs this eccentric comedy, which also stars Abhishek Banerjee and Ashish Verma.