Good-bye 2021: Click to know celebs who call it quits in this year

In 2021, many couples got divorced and separated their paths. From Aamir-Kiran to Samantha-Naga Chaitanya to Sushmita-Rohman, here is the list of celebrity couples who ended their relationship. 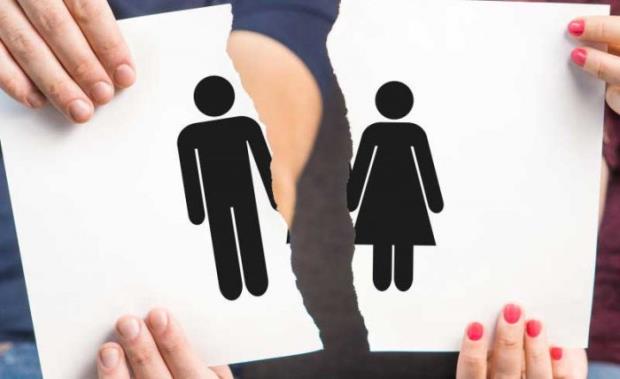 The year 2021 was a unique one. Many of the couples came together, while many others parted their ways. Another year of celebrity break-ups has come to an end, from Sushmita-Rohman to Aamir Kiran here’s the list of celebs that parted their ways in 2021…
1.) Sushmita Sen and Rohman Shawl:- 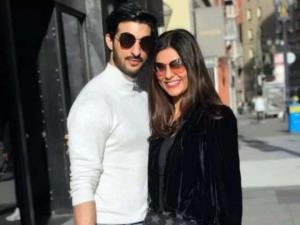 Earlier, there were rumours that Sushmita and Rohman were separated but none of them confirmed the same. But recently (on December 23), the actress took Instagram to confirm and rumours and posted a picture of both with a caption, which read, “We began as friends, we remain friends!! The relationship was long over the love remains!! #nomorespeculations #liveandletlive #cherished memories #gratitude #love #friendship I love you guys!!! #duggadugga.”

On October 2, Samantha and Naga took social media to share this shocking and heart-breaking news with their friends, fans and followers. The couple took their respective Instagram page to share the news, in the statement the ex-couple wrote about their decade-long friendship.
In the separation post, Naga wrote, “To all our well-wishers. After much deliberations and thoughts, Sam and I have decided to part ways as husband and wife to pursue our own paths. We are fortunate to have a friendship of over a decade that was the very core of our relationship which we believe will always hold a special bond between us. We request our fans, well wishers and media to support us during this difficult time and give us the privacy we need to move on. Thanking you for your support.”

Naga Chaitanya and Samantha tied a knot in a dreamy ceremony in 2017 in Goa.
3.) Aamir Khan and Kiran Rao:- 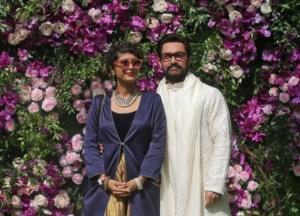 This year, Aamir and Kiran ended their 15-year-old marriage. The couple shared the separation news in July through a joint statement. After parting ways, both have decided to raise their son Azad together.
While announcing the separation, the couple wrote, “In these 15 beautiful years together we have shared a lifetime of experiences, joy, and laughter, and our relationship has only grown in trust, respect, and love. Now we would like to begin a new chapter in our lives – no longer as husband and wife, but as co-parents and family for each other. We began a planned separation some time ago, and now feel comfortable to formalise this arrangement, of living separately yet sharing our lives the way an extended family does. We remain devoted parents to our son Azad, who we will nurture and raise together. We will also continue to work as collaborators on films, Paani Foundation, and other projects that we feel passionate about. A big thank you to our families and friends for their constant support and understanding about this evolution in our relationship, and without whom we would not have been so secure in taking this leap. We request our well-wishers for good wishes and blessings, and hope that – like us – you will see this divorce not as an end, but as the start of a new journey.”
4.) Kirti Kulhari and Saahil Sehgal:- 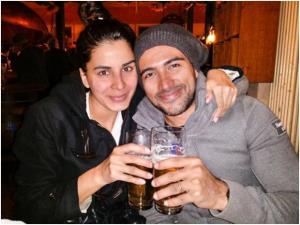 On April 1, actress Kirti Kulhari announced that she and her husband Saahil has decided to separate. She also said that they have decided to part their ways mutually. She also informed her well-wishers that she is in a “good place”.
“A simple note to let everyone know that my husband Saahil Sehgal and I have decided to separate. Not on paper, but in life. A decision that's probably harder than the decision of 'being with somebody,' because coming together is celebrated by everyone you love and care about,” wrote Kirti adding, “And the decision of not being with somebody beings along with pain and hurt to the same people. It’s not easy. Guess it’s not meant to be easy but IT IS WHAT IT IS.” 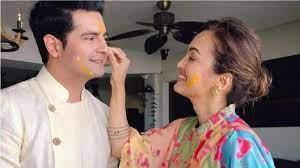 Nisha and Karan have an ugly break-up. Nisha Rawal accused her husband of domestic violence. Nisha filed a complaint against him in Goregaon police station Monday night and following the complaint the actor was arrested by the police. She also accused that Karan was having an extra-marital affair. The couple together has a four-year-old son Kavish.
6.) Nusrat Jahan and Nikhil Jain:- 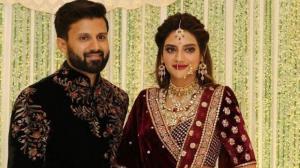 TMC actress, Bengali actress Nusrat Jahan and Nikhil Jain got married in 2019 in Turkey, but on June 9, 2021, Nusrat said that they tied the knot under Turkish law and their wedding is not valid in India. After Nusrat Jahan declared their marriage unlawful in India, Nikhil stated that he had repeatedly requested Nusrat to get the marriage recorded, but she had refused all of his requests. He also addressed Nusrat's charges of illegally holding her items and squandering her finances in the nine-point declaration.
7.) Honey Singh and Shalini Singh:- 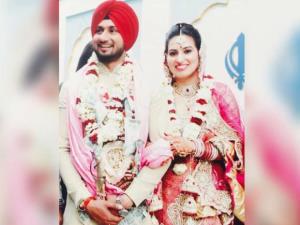 In August 2021, Shalini accused her husband and rapper Honey Singh of domestic violence and adultery. She filed a case of domestic violence, sexual violence, mental harassment and financial fraud against the rapper in Delhi’s Tis Hazari court under the Protection of Women from Domestic Violence Act.
8.) Shikhar Dhawan and Aesha Mukerji:- 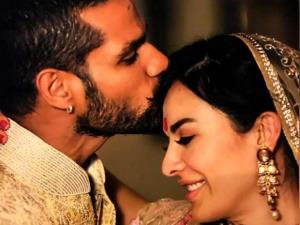 After eight years of marriage, Shikhar Dhawan and Aesha announced their separation. They both have a son named Zorawar. In September, Aesha took Instagram and announced their divorce. Aesha wrote, “I THOUGHT DIVORCE WAS A DIRTY WORD UNTIL I BECAME A 2 TIME DIVORCEE.”