Michiyo Tsujimura was born in Okegawa, Saitama Prefecture, Japan, on this day in 1888. She began her profession as a science teacher. 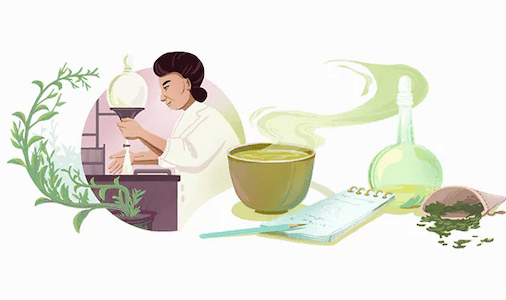 Google Doodle honours Michiyo Tsujimura, a Japanese educator and scientist, who turned 133 today. Science now knows why green tea tastes so bitter when steeped for too long thanks to her pioneering study.
Michiyo Tsujimura's 133rd birthday Google Doodle shows her researching and extracting the chemical components of green tea.
Also Read: Google doodle honours India's first woman satyagrahi Subhadra Kumari Chauhan on her 117th birth anniversary
The letters of 'Google' were created using a tea shrub, a cup of green tea, a pen, a flask, and a notepad, among other research materials. 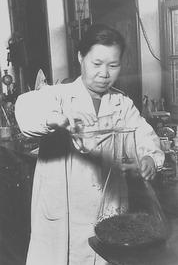 Tsujimura was born on this day in 1888 in Okegawa, Saitama Prefecture, Japan, and spent her early career as a science teacher. She began studying the nutritional characteristics of Japanese silkworms at Hokkaido Imperial University in 1920, pursuing her ambition of becoming a scientific researcher.
Also Read: Google Doodle honours India’s First Woman Pilot, Sarla Thukral on her 107th birth anniversary
Tsujimura went to Tokyo Imperial University a few years later and began studying the biochemistry of green tea with Dr. Umetaro Suzuki, the person responsible for the discovery of vitamin B1. Green tea contains substantial quantities of vitamin C, which was the first of several undiscovered chemical components in green tea that awaiting examination under the microscope. She isolated catechin, a bitter component of tea, in 1929.
She then isolated tannin, an even more bitter chemical, the next year. When she graduated as Japan's first woman doctor of agriculture in 1932, she used these results to write her PhD thesis, "On the Chemical Components of Green Tea."
In addition to her research accomplishments, Dr. Tsujimura created history as the first Dean of the Faculty of Home Economics at Tokyo Women's Higher Normal School in 1950.  Today, at her hometown of Okegawa City, a stone memorial honouring Dr.Tsujimura's achievements can be found.