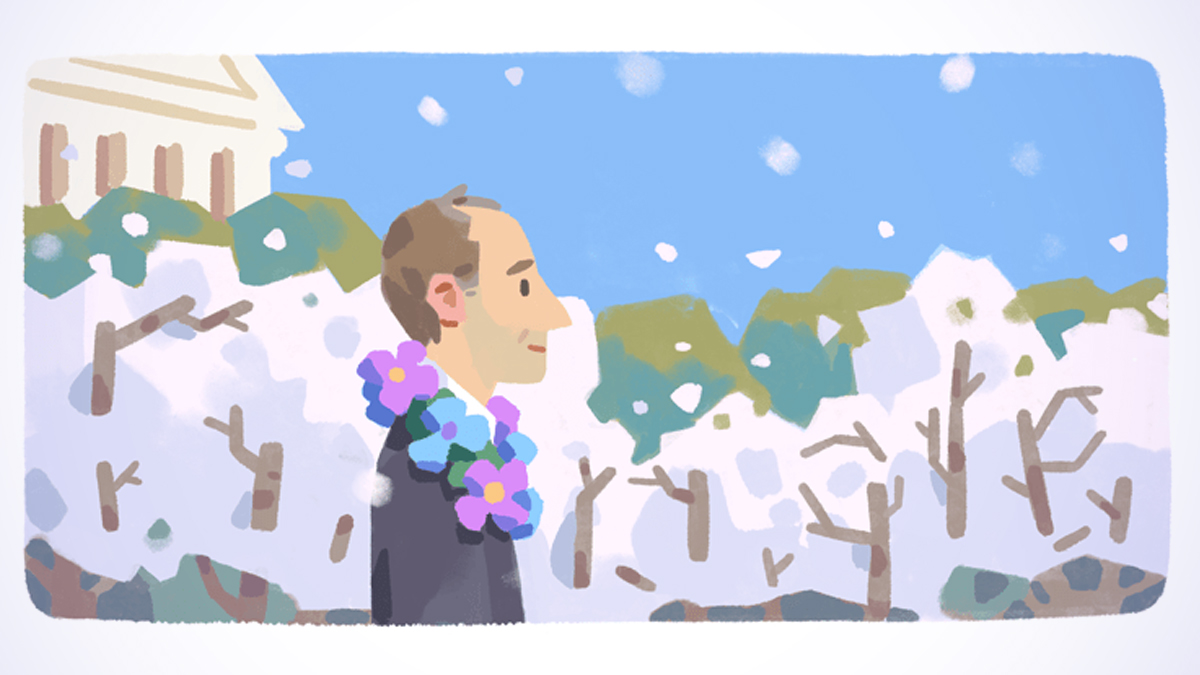 In the celebration of Pride month, google has honoured gay rights activist Frank Kameny with a doodle on Wednesday. Dr. Frank Kameny was an American astronomer, World War 2 veteran and one of the most prominent figures of the US LGBTQ rights movement.

Today Google has a doodle of Kameny that shows him wearing a colorful garland. Celebrating pride month, google thanks him for courageously paving the way for decades of progress.

Franklin Edward Kameny was born in Queens, New York in 1925. By the age of 16, he was enrolled in Queens College and graduated from there with a baccalaureate in physics in 1948. He then served US Army during World War 2. After that Kameny obtained a doctorate in astronomy from Harvard University.

Frank Kameny obtained both a master’s degree and a doctorate in astronomy. In 1957, he was hired by the United States Army Map Service but was fired just a few months later due to his homosexuality.

However, he decided to fight for his rights and sued the government to appeal his termination, ultimately attempting to escalate the case to Supreme Court. He organized the first gay rights protests outside the White House in the 1960s and in 1965, Kameny and 10 others became the first to stage a gay rights protest in front of the White House and later at the Pentagon.

Later in the 1970s, he challenged the American Psychiatric Associations’ classification of homosexuality as a mental disorder and in 1975, the Civil Service Commission finally reversed its ban on LGBTQ employees.

In 2009, over 50 years after he was fired from the Army Map Service, the US Government formally apologized to Kameny.