Google CEO Sundar Pichai on celebrating 15 years of Google Maps, shared a list of his favourite vegetarian burrito restuarants in the world on Google Maps itself. 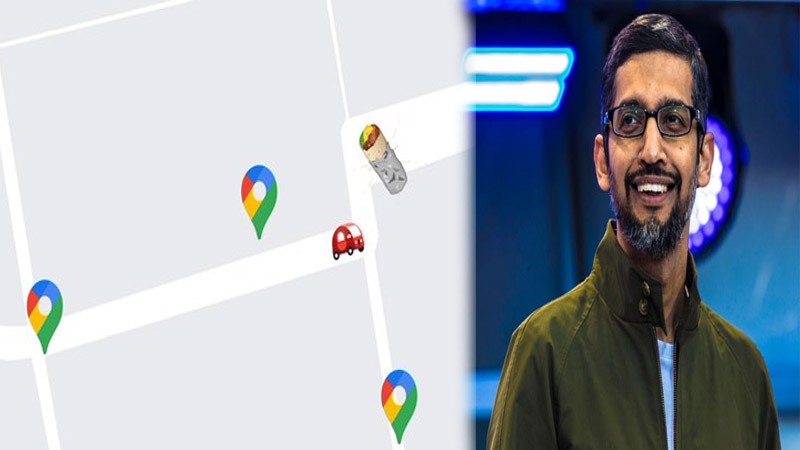 Taking the matter onto Twitter, Pichai expressed his joy by sharing some of the ways in which Maps has been of a great help to him and also took the opportunity to thank users for trusting on them and making its service become grandeur and effective with each passing day.

Pichai in a blog post said while he makes use of Google Maps to surf new neighbourhoods or to locate new restaurants when he craves the most for his favourite comfort food, a vegetarian burrito in most unlikely places.

This is the reason why Pichai attached a list of 18 burrito restaurants in the world to create a Burrito Map on the Google Maps.

"The same technology that helps me find a delicious burrito statrted as an ambitious goal 15 years ago to map the entire world. I know first-hand how powerful mapping the world can be," wrote Pichai in a blog.

He also shared experiences of his using Google Maps in India for the first time, where physical addresses don't necessarily have a clear structure.

"Contrast that experience with the first time time I used Google Maps in India. I had arrived in Mumbai in the early morning hours and jumped into a cab to get to a friend's house which was difficult to locate. Using Google Maps, I was able to give the driver turn-by-turn directions without asking anyone. I was excited by how easy it was, but my driver was really blown away," Pichai wrote adding that maps also give people a sense of identity when they see their street on the map for the first time.

Sharing the future of Google Maps, Pichai said that the next frontier is digital addresses.

"One of the next frontiers for Maps will be to help the billions of people who live without a physical address get a digital one. These open-source digital addresses, called Plus Codes, are based on latitude and longitude coordinates, rather than a street address, and can be used freely by anyone. With a digital address, more people will be able to access things like banking and emergency services, recieve personal mail and deliveries, and help people find and patronize their businesses. It's still in early days, but we're excited about the potential."