Govinda has written, directed, sung the song and also starred in it. It is a reminder of how much we miss seeing the wonderful actor on the screen. 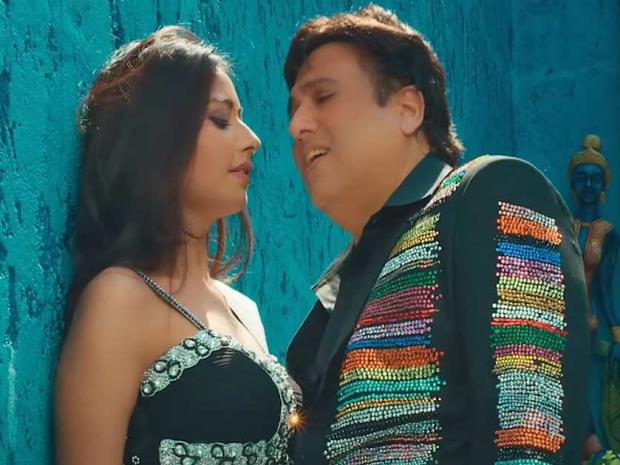 While the world is still reeling under the hotness of Katrina Kaif’s Tip Tip from Sooryavanshi, Govinda has released his own version which is taking the internet by storm. The song, ‘Angan Tera Tarsa Toh Tip Tip Paani Barsa’ has been directed, written and sung by Govinda and he also stars in it along with model-actress Soniya Kashyap. Fans are going gaga over Govinda’s moves and the song is a reminder of how much we miss this star on the big screen. Fans are hailing him as multi-talented and Hero No. 1.

Govinda who ruled hearts with his comic and dance skills back in the ’90s, is now exploring other avenues as well. The actor recently released his new song titled Tip Tip Paani Barsa on his YouTube channel known as ‘Govinda Royalles’.

The actor has taken the digital leap in order to reach out to his fans. The song also features his voice in addition to his pleasant screen presence. Serving a perfect antidote to Monday morning blues, the song takes his fans down the memory lane with a healthy dose of the classic Govinda style.
Commenting on the recently released song, an excited Govinda said “I have ensured that I entertain my fans who have showered me with their love and blessings each time. The global disruption took online viewership to unprecedented heights and I believe this is the best way. I reach out to my fans who can now watch me any time, anywhere, and on any device.”

Also Read: My oh My! Shawn Mendes and Camila Cabello call it quits

The actor had mentioned the song on ‘The Kapil Sharma Show‘ last month and promised the audiences that he’ll soon launch the same. No points for guessing that fans were waiting anxiously to see their favourite hero and his new killer moves and expressions.