The ongoing Gyanvapi Masjid case pertains to a petition filed by a number of women from Delhi before a court in Varanasi on April 18, 2021, seeking permission for daily worship at the back of the western wall of the Gyanvapi mosque. 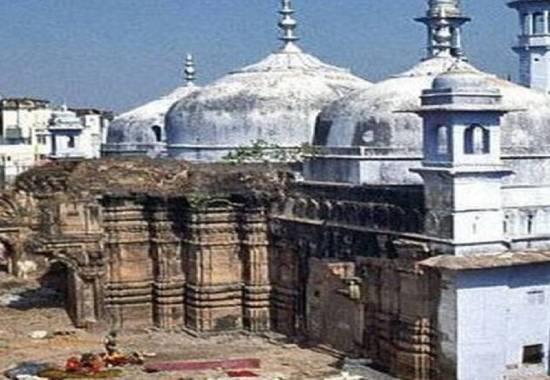 In a major development, Varanasi Court on Thursday directed to continue the survey in videographic form in the case pertaining to Gyanvapi Masjid. In the Varanasi Gyanvapi Masjid row, Civil Judge Ravi Kumar Diwakar stated that the survey in the mosque will continue. Moreover, the court also directed that  Advocate Commissioner designated by the Court, the plaintiff, the defendant, and the advocates would be present during the survey. Apart from them, no other person will be allowed.
As per report, the Gyanvapi Masjid Verdit says, " "The delegated Advocate Commission has the full freedom to take pictures, shoot videos in the marked place in the disputed land. If at any point, an obstruction is created, for example, a lock is placed, then the administration is being given full responsibility to get the lock opened/break it and ensure that the survey is completed."
Furthermore, the Varanasi Court directed that the Police Commissioner and the Commissionerate that the full responsibility of getting the survey completed is on them. The DGP of Police, Police Headquarter, Uttar Pradesh, Lucknow as well as the Chief Secretary, Uttar Pradesh Government, Lucknow, are informed that they will supervise the survey so that at no point in time the administration can make an excuse to avert it.
Now, those who are still not aware of the controversy revolving around the Gyanvapi Mosque of Varanasi can read further:
About Varanasi Gyanvapi Masjid row
Also Read: Reciting National Anthem(Jana-Gana-Mana) in UP's Madrasas is mandatory, Know teaching pattern
The ongoing Gyanvapi Masjid case pertains to a petition filed by a number of women from Delhi before a court in Varanasi on April 18, 2021, seeking permission for daily worship and observance of rituals of Goddess Shringar Gauri, Lord Ganesha, Lord Hanuman and Nandi located at the back of the western wall of the Gyanvapi mosque. The petitioners had stated that an image of Goddess Shringar Gauri existed at the spot since ancient times and urged the court to ascertain the same.
Following that, on April 26, Varanasi's Civil Judge (Senior Division) Ravi Kumar Diwakar ordered a videographic survey to ascertain the petitioners' claim. While a team led by court commissioner Ajay Kumar Mishra conducted a partial survey of some areas outside the mosque on May 6, they were prevented from entering the mosque complex the next day.
Moreover, the Gyanvapi mosque management committee moved the court seeking the replacement of Mishra as the court commissioner citing that he was acting in a biased manner as he tried to get the videography done inside the mosque without orders. On the other hand, the Hindu side stated that the April 26 order included the opening of two basements inside the barricading in the mosque complex for videography.