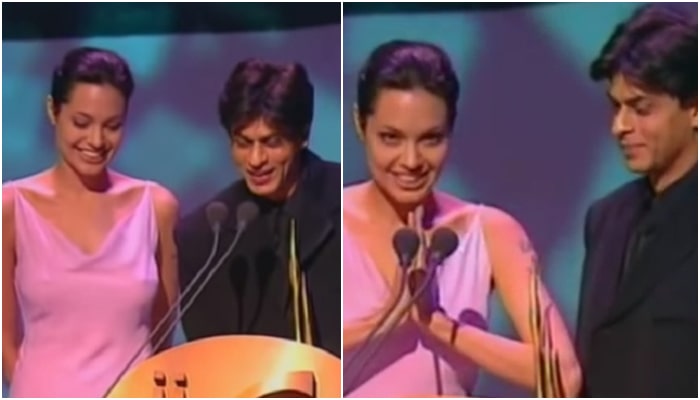 Shah Rukh Khan is likely the most well-known actor in the world. It's no wonder that he's enjoyed the company of A-listers from all around the world. On the occasion of Angelina Jolie's birthday, we look back at a time when the Hollywood actress shared a Bollywood moment with the King of Bollywood. See the video here.

In 2000, the beautiful star shared the stage with

SRK to present at a famous award presentation. Angelina Jolie took the stage in an orchid pink gown, hand in hand with Shah Rukh. The actress attended the Indian awards presentation to present Aishwarya Rai with the Best Actress award for her role in Sanjay Leela Bhansali's "Hum Dil De Chuke Sanam." Salman Khan and Ajay Devgn also appeared in the film.

Also Read: SHOCKING: When Nargis Dutt Once Suspected Her Son Sanjay Dutt As A ‘GAY’

For a long time, Shah Rukh Khan has had a huge crush on a Hollywood beauty. He reportedly stated that he would not hesitate to sign a film with Angelina Jolie. 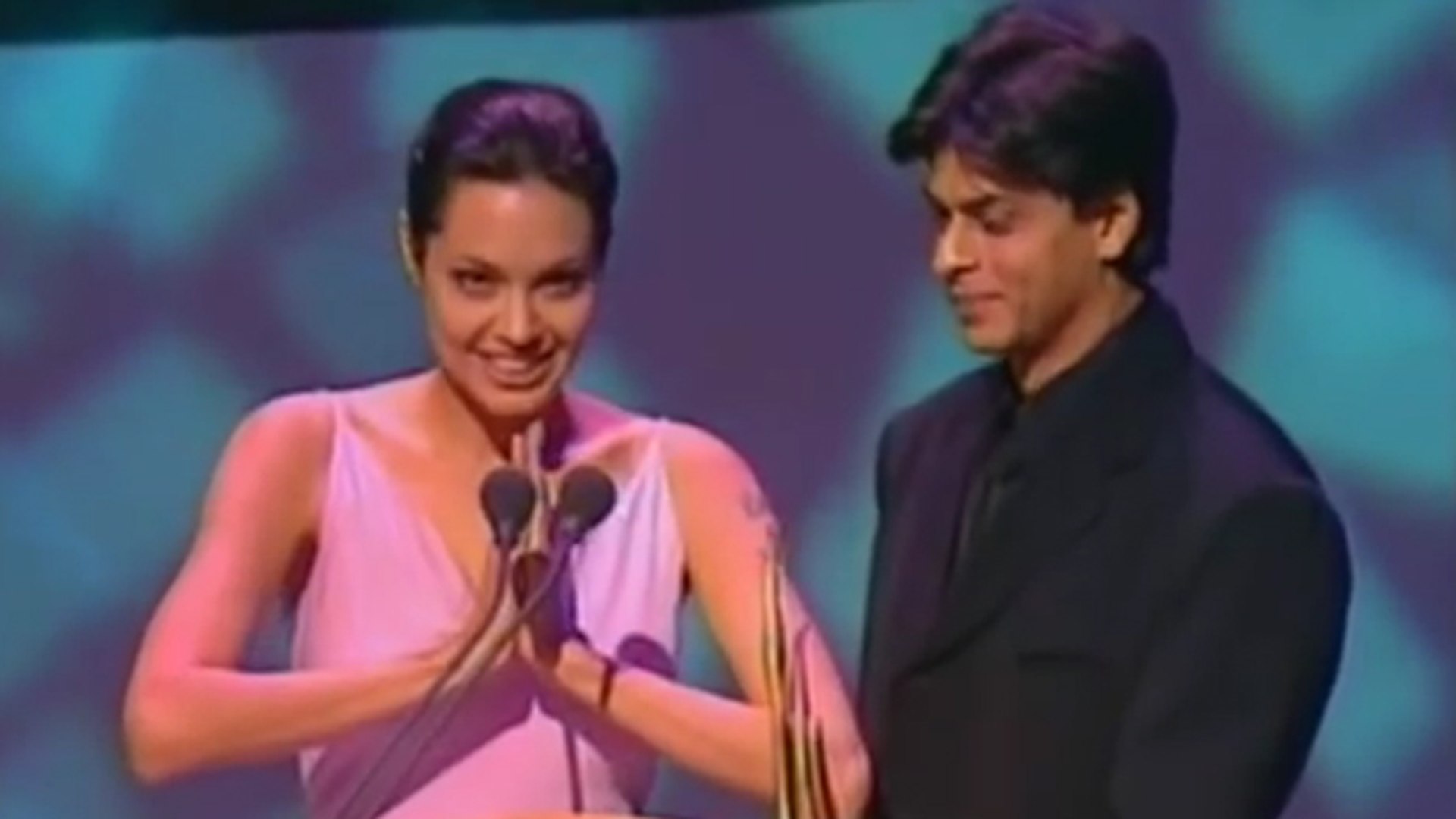 Meanwhile, Shah Rukh Khan will next be seen in Siddharth Anand's film "Pathan," in which he will reunite with Deepika Padukone, who he worked with in "Om Shanti Om" and "Chennai Express." John Abraham will play a crucial role in the film. Salman Khan will make a surprise cameo appearance in the film, according to the producers.

Aside from that, SRK has a film schedule that includes Rajkumar Hirani's immigration drama, Atlee's commercial entertainer, and Raj-actioner. He will also make special appearances in the films ‘Brahmastra' and ‘Rocketry: The Nambi Effect.’

Angelina Jolie, on the other hand, will be seen in the next film ‘Eternals.' Richard Madden, Kumail Nanjiani, Lauren Ridloff, Brian Tyree Henry, Salma Hayek, Lia McHugh, Don Lee, and Kit Harington star in the film, which was directed by recent Oscar winner Chloe Zhao.