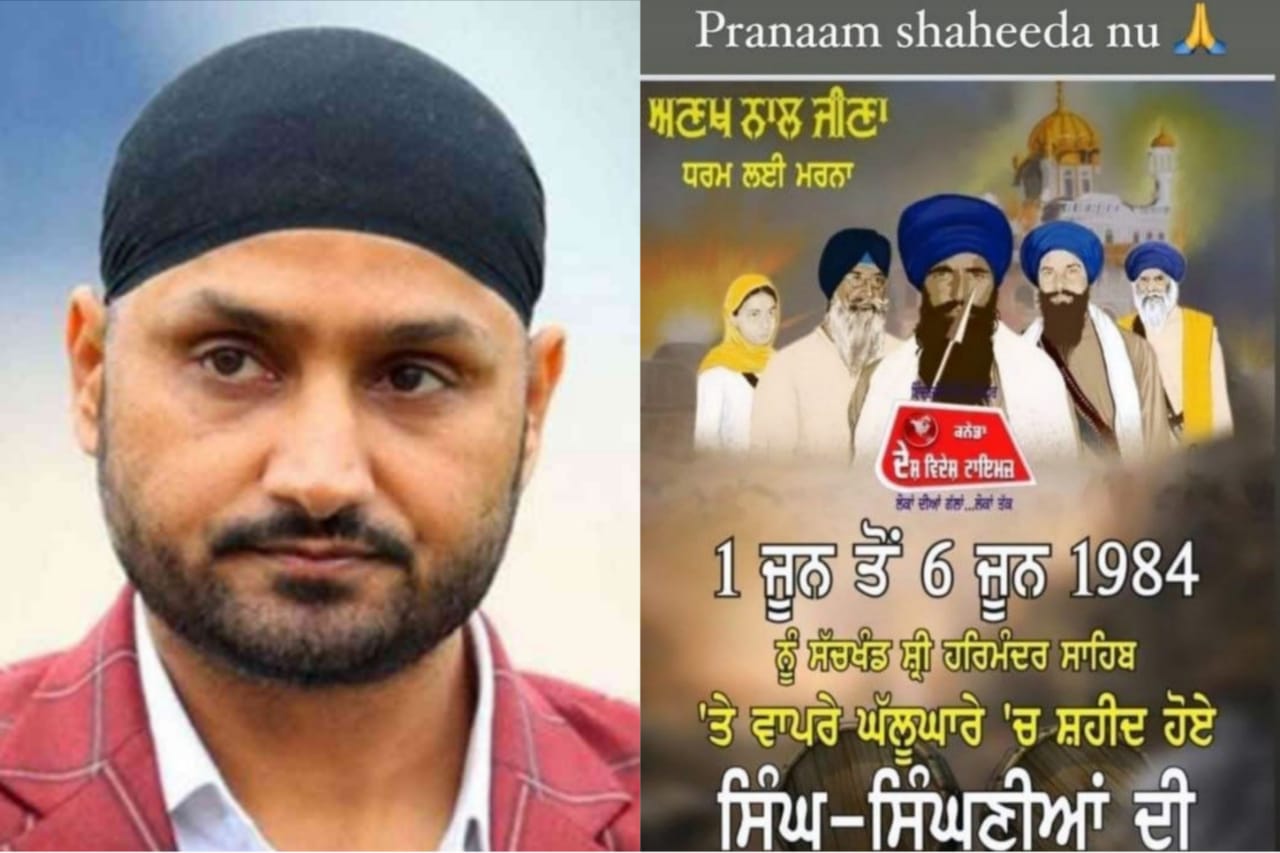 Indian cricket team’s star off-spinner Harbhajan Singh has been caught in a controversy after calling Jarnail Singh Bhindranwale a ‘Martyr’. Following his statement, Bhaji was heavily trolled on social media.

Harbhajan Singh paid tribute to Jarnail Singh Bhindranwale and others killed inside Golden Temple during Operation Blue Star. Posted on the 37th anniversary of Operation Bluestar, Harbhajan captioned, “Salute to the Martyrs’. The picture has text in Punjabi that reads, “Heartfelt tribute to those martyred in Operation inside Shri Harmandir Sahib on June 1- June 6, 1984.”

Operation Blue Star was ordered by late Prime Minister Indira Gandhi. The Indian Army entered Golden Temple in 1984 to flush out terrorists led by Bhindranwale who wanted a sovereign state for the Sikh community.

The post by Harbhajan Singh did not name Bhindranwale, however, his photo was featured in the Instagram story of the cricketer.

Soon after Harbhajan posted the story, netizens launched a verbal attack and trolled him fiercely. One of the users wrote, “There is no count how many Hindus were killed by Bhinderwale. This is how @harnbhajan_singh repays the love showered on him by fellow Indians.”

Another user wrote, “BCCI should take immediate action against Harbajan for such a statement. FIR should be registered against him. The awards that Harbhajan got should also be taken back.”

After receiving a massive backlash from the people, Harbhajan Singh issued an apology. He shared a heartfelt note on Twitter that read, “I just wish to clarify and apologize for an Instagram post yesterday. It was a WhatsApp forward that I posted in a haste without even realizing the content used and what it signified or stood for. That was my mistake I accept, and at no stage do I subscribe to the view on that post or support the people whose pictures were carried. I am a Sikh who will fight for India and not against India. This is my unconditional apology for hurting the sentiments of my nation. In fact any anti-national group against my people I do not support and never will.”

He added, “I have given my blood and sweat for this country for 29 years and will never ever support anything that is anti-India.”