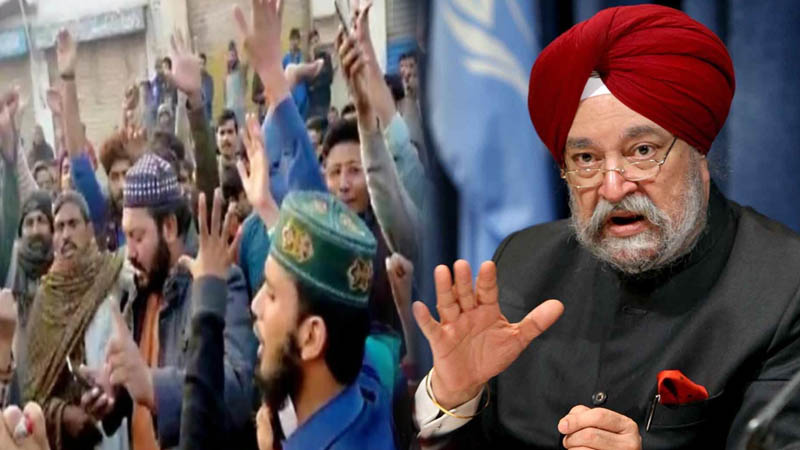 As reports came in of an attack and stone-pelting on the revered Sikh shrine of Nankana Sahib in Pakistan, BJP leaders and Union ministers grabbed the opportunity to build a case for the contentious Citizenship Act (CAA), saying the incident shows how minorities in Pakistan are persecuted and why they need citizenship in India.

Reports suggested a mob attacked the Nankana Sahib Gurdwara near Lahore on Friday and pelted stones at Sikh pilgrims after an altercation broke out between two groups.

The External Affairs Ministry said members of the minority Sikh community in Pakistan have been subjected to acts of violence in Nankana Sahib.

On Saturday, Union minister Hardeep Singh Puri said, "These are wanton acts of vandalism, arson and stone-pelting against one of the holiest Sikh shrines. If any more proof was needed on the state of minorities in Pakistan then this is it."

He added, "Vandalism, stone-pelting and acts of desecration at the holiest of holy Sri Nankana Sahib Gurudwara yesterday should be an eye-opener for those who refuse to recognize religious persecution of minorities in Pakistan and the rationale behind CAA."

Delhi BJP MP Gautam Gambhir also made a similar pitch in favour of the citizenship law and said, "Death threats and stone pelting to innocent tourists to support forcible conversion of a girl! This is Pakistan and that is why India Supports CAA. Meanwhile, the Pakistan army's puppet is busy making a fool of himself by tweeting fake videos." 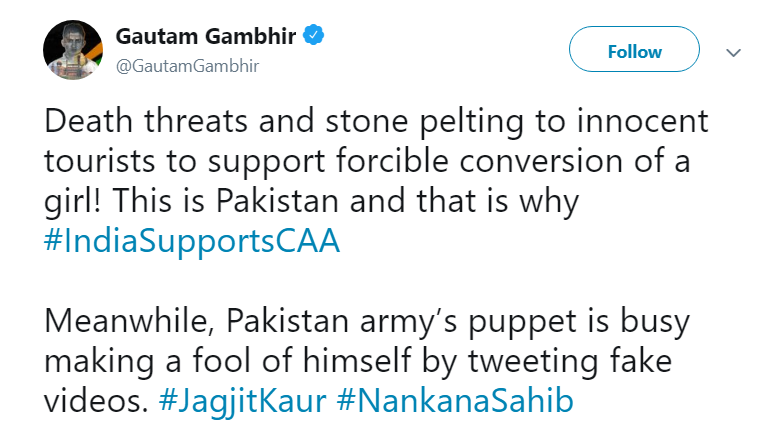 As per reports, a group of people, led by the family of a Muslim man who married a Sikh teenager, held a day-long sit-in outside Gurdwara Janamesthan Nanakana Sahib on Friday to protest the arrest of their relatives who were held for alleged forced conversion of the girl.