The rumours about Hardik dating Natasa have been doing the rounds of social media for quite some time, and Pandya may have just confirmed the relationship through the post 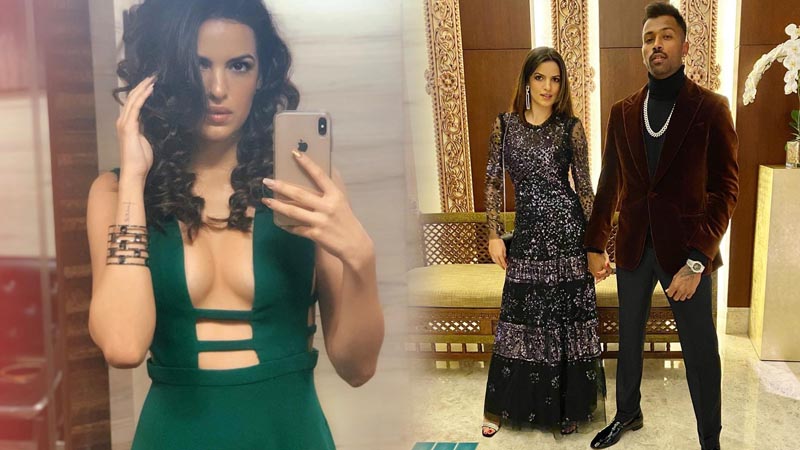 India all-rounder Hardik Pandya confirmed his relationship with actor Natasa Stankovic by making it Insta-official. On the new year's eve, Hardik Pandya took to his Instagram handle to share a picture with his lady love and wrote: "Starting the year with my firework."

The rumours about Hardik dating Natasa have been doing the rounds of social media for quite some time, and Pandya may have just confirmed the relationship through the post.

India leg-spinner Yuzvendra Chahal and Hardik's sister in law Pankhurii Sharma were the first to comment on the Insta post.

Hardik Pandya is recovering from a back injury that kept him away from international cricket since September 2019.

Pandya, who is the final phase of his recovery process, has been selected for India A tour of New Zealand, starting next month. The Mumbai Indians star though was not picked for India's New Year assignments-T20I series vs Sri Lanka and the subsequent ODIs against Australia.

Hardik Pandya has been named in the India A squad for 3 unofficial ODIs which will be played between January 22 and 26.

Notably, Pandya had been bogged down by the long-standing back injury that first surfaced during Asia Cup in 2018. While Pandya played the World Cup he missed most of India's home season earlier this year.

Get the latest update about True Scoop News, check out more about Hardik Pandya Announces Who He Is Dating, Trending News, Natasa Stankovic & Hardik Pandya