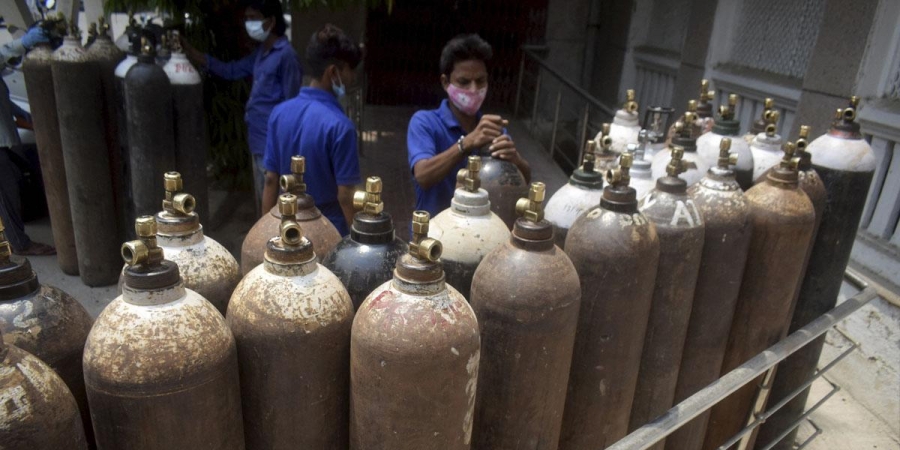 Divert unutilised oxygen tankers to Delhi from states like Maharashtra where the Covid-19 situation is improving, Delhi High Court ordered the Central government today. "If the need for oxygen and tankers has depleted in Maharashtra, they could be diverted to Delhi. This is not a permanent arrangement. Whenever the need arises again, you can send them back," said the Delhi high court.

Assuring an action on the court’s suggestion, Additional solicitor general (ASG) Chetan Sharma said that the Centre is already considering the possibility of diverting oxygen cylinders to Delhi from other states and that the same would be done soon.

A bench comprising Justices Vipin Sanghi and Rekha Palli strongly condemned the centre for being unable to supply oxygen in the national capital. The court stated that the Centre must ensure that oxygen reaches Delhi, as per the instructions issued by the Supreme Court earlier, adding that if the directives of the top court are not met, it would result in contempt of court.

Representing the Delhi government, advocate Rahul Mehra noted that although the Supreme Court had instructed 700MT of oxygen to reach the national capital, only 433 MT has reached till now. "People are dying," he informed.

In response to Mehra’s argument, additional solicitor general (ASG) Chetan Sharma said that these are "rhetorical statements", hitting back at his statement, the bench, "Is it only a rhetorical statement? It's the reality. You may be blind, but we are not. We cannot shut our eyes. This is so insensitive and unfortunate. How can you make such a statement?.

The court also asked the central government to clarify how many oxygen suppliers there are in its empowered group to tackle the Covid-19 crisis.

"What you are planning is all in the future. But our main concern is to ensure if it is being done in the most efficient way possible. If the suppliers are major stakeholders, they should be brought into the allocation plan" stated the court.

The court also asked the Centre about the Delhi government request to seek aid from the Indian Army to set up field hospitals. "This has to be done fast. The nature of the request is such," the bench observed.

When ASG Sharma said that the matter is being reflected and logistical issues are being seen, Justice Palli said, "It has already been 48 hours since the request was made to you."