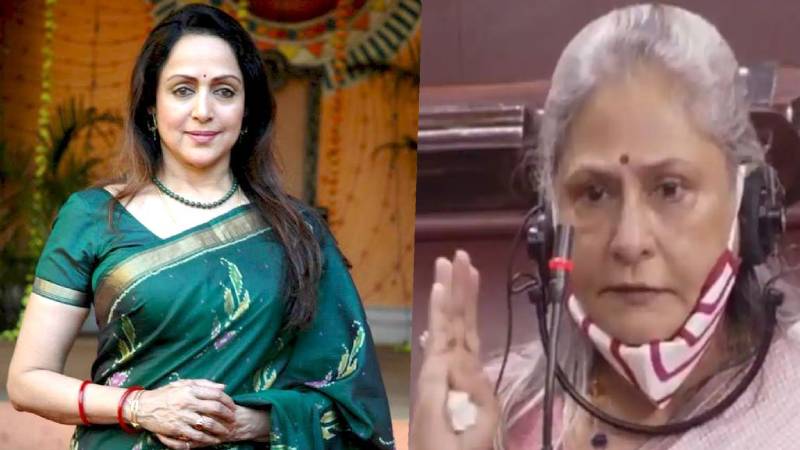 Drugs and Bollywood have divided the Indian film fraternity, while some are asking the central government to eradicate the drug cartel roots from the film industry others calling it defamation.

Jaya Bachchan on Tuesday came down heavily upon BJP MP and actor-politician Ravi Kishan over his "drug addiction in the film industry" remarks in Parliament. Jaya gave a Zero Hour notice to discuss the issue of the film industry being defamed.

The veteran actress also lashed out at Kangana and accused her of biting the feeding hand. After Jaya's speech, social media started to troll her and criticized her for being selective. Now, actress-politician Hema Malini has come in support of Jaya Bachchan.

In a conversation with NDTV, Hema Malini responded to the question on allegations of drug use by Bollywood. Hema Malini said that there are a lot of industries here and this is happening everywhere around the world. It must have happened in our industry also, it does not mean that the whole of Bollywood is bad. The way people are targeting Bollywood is bad. It is not like that at all.

Ravi Kishan on Monday in Lok Sabha raised the issue of drugs and its connection in the film industry that is ultimately ruining the youths of India.