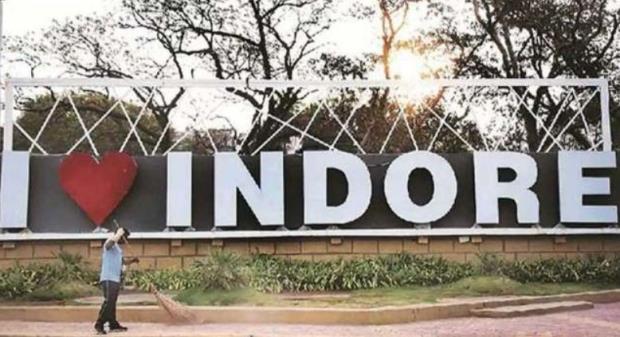 Madhya Pradesh's Indore has yet again made it India's cleanest city in the nationwide annual cleanliness survey. Indore was declared India's cleanest city for the fifth time in a row by the central government on Saturday. Surat (Gujarat) and Vijaywada (Andhra Pradesh) were conferred the titles of the country’s second and third cleanest cities, respectively.

Indore has been adjudged the cleanest city of India consecutively for five years by the urban development ministry. With nearly 3 million people, Indore is the largest and most populated city in the state and faces typical urban challenges like pollution, traffic chaos and waste disposal issues. Ideally, a city is deemed to be genuinely clean if it fulfills the following five parameters:

4.    Paving or grassing of raw surfaces between road edges and building lines;

Indore fulfils all these essential parameters with a percentage varying 80-95. Here are some measures adopted by Indore to make it the cleanest city of India:

Concrete Waste Segregation System: Joint visit of municipal officials and public representatives to persuade citizens to segregate waste at home. There was one instance in which an official himself segregated waste from the dustbin of a citizen, who had refused to segregate waste despite multiple requests. This led to huge embarrassment, and not only changed the behaviour of that one household but also had a cascading impact on others.

Free distribution of dustbins: The municipal corporation earlier had garbage bins placed across the city and expected residents to throw wastes in the colour-coded boxes. It did not work. They distributed free dustbins in wards/households, wherever there was high resistance by citizens.

Discouraging Use of Polythene: Polythene is considered as a big reason for litter. People of Indore made a shift in their polythene using habits discouraging its use. Shopkeepers, too, started using polythene bags of permissible thickness.

Awareness among Children: Teachers in schools and parents at home made it a point to make their wards aware of the dangers of littering. Children living in Indore have become so aware now that if an elder person is seen throwing garbage on the streets, the kids try to discipline them.

Dustbin on the Wheels: This was a novel idea to keep a check on litter. People started carrying small dustbins in their cars so that they don't throw their wastes on the streets. Those who chew paan and gutka are seen carrying similar bins in their vehicles.

Other states should also get motivated from Indore as it has set an example for all. With proper management, any city can achieve the number one spot on the list.