Surat (Gujarat) and Vijaywada (Andhra Pradesh) were conferred the titles of the country's second and third cleanest cities, respectively. 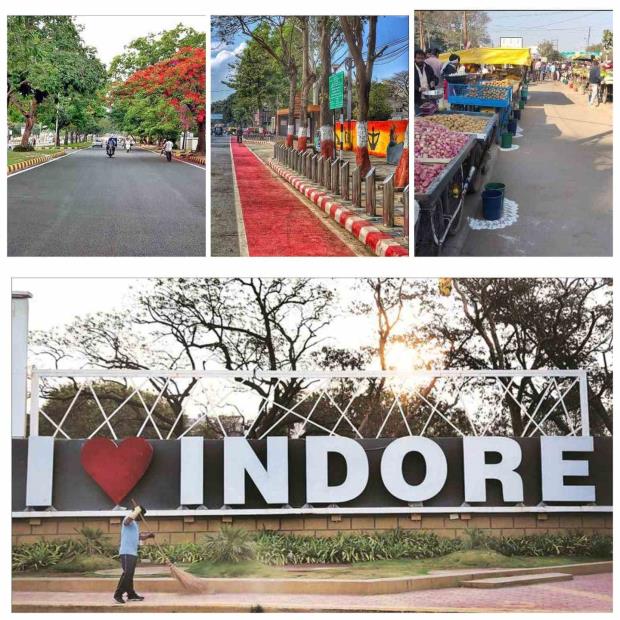 Madhya Pradesh's Indore has yet again made it India's cleanest city in the nationwide annual cleanliness survey. Indore was declared India's cleanest city for the fifth time in a row by the central government on Saturday. Surat (Gujarat) and Vijaywada (Andhra Pradesh) were conferred the titles of the country’s second and third cleanest cities, respectively.

Ahemdabad Cantonment has presented the title for being the country’s cleanest Cantonment. Among Indian states, Chhattisgarh has bagged top position as the country's cleanest state. While Varanasi got the first position in the cleanest Ganga town category. President Ram Nath Kovid on Saturday presented Swachh Survekshan Awards 2021 to the cleanest cities and states in the country at Vigyan Bhawan in the national capital. A total of 4,320 cities participated in the 2021 edition of the Swachh Survekshan.

The cities are usually rated using a star system and this year, 342 cities, an increase from 56 in 2018, would be given certificates under some star rating. This includes nine five-star cities, 166 three-star cities, 167 one-star cities. Last year, Indore (Madhya Pradesh), Rajkot and Surat (Gujarat), Mysore (Karnataka), Navi Mumbai (Maharashtra), and Ambikapur (Chhattisgarh) were given five-star ratings.

Also Read: Mumbai Sessions Court: Sending dirty messages to a woman before marriage, not a crime

Earlier this year, Indore was also declared as the country's first 'water plus' city. Swachh Survekshan is an annual survey of cleanliness, hygiene, and sanitation in cities and towns across India launched as part of the Swachh Bharat Mission.