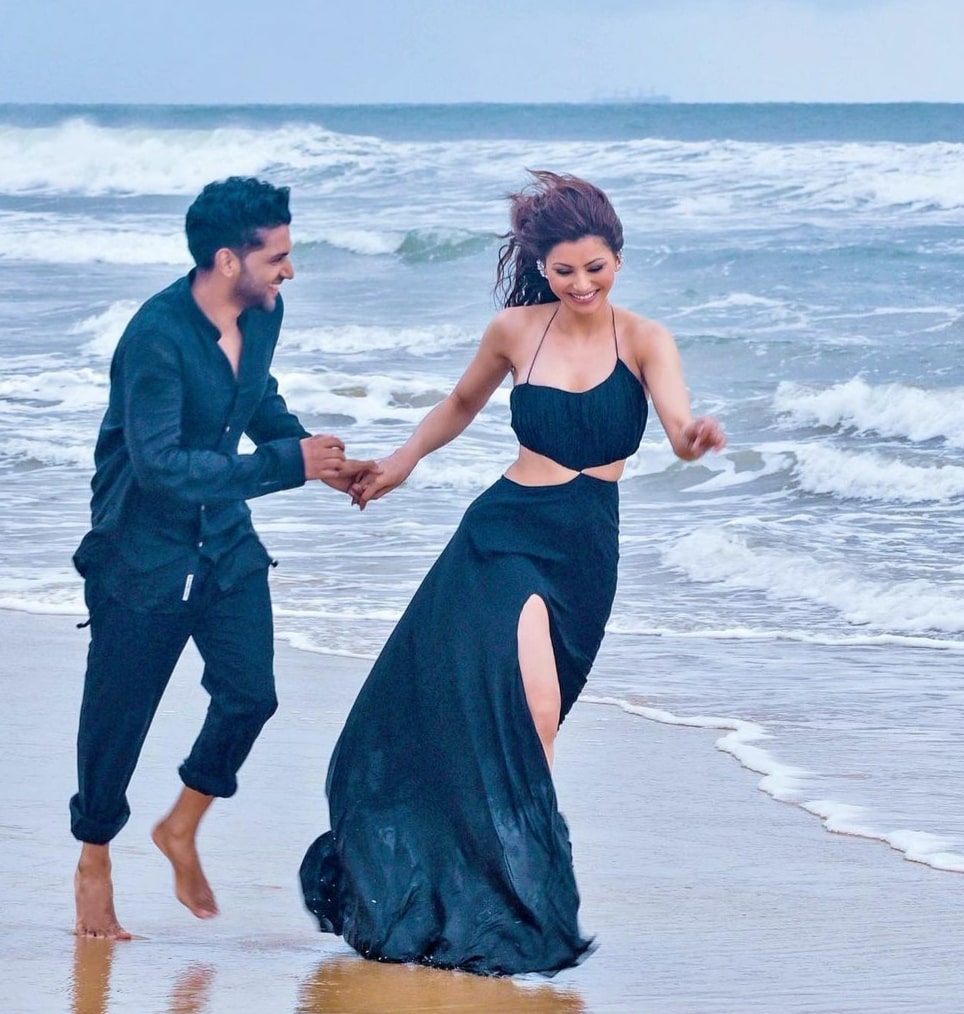 Actress-model Urvashi Rautela is known for her style and Bold looks in the industry. Other than her films the actress is always seen in breaking headlines for the way she carries herself. She is among those Bollywood stars whose much active on social media is often seen posting her best shots. On one hand, she hits the post button and the next second you see netizens drooling over her pictures.

However, this time her pictures have left fans in a confused state. The actress shared a romantic picture with Punjabi singer Guru Randhawa. The duo can be seen standing by a beach, holding hands, and giggling all the way along. Twinning in Black dress both of them seem to have the best time by the beach. The actress did not stop here, in fact, she has shared few other pictures with the Randhawa and fans are getting all heat up with questions like what is cooking in their oven?

Well, before the questions blow up your minds; Urvashi Rautela and Guru Randhawa are working on their upcoming music video. These still shots are from that video and nothing else. The duo will soon be seen together on screen in a music video. The title of the song can be seen in all the captions under Urvashi’s post, ‘ Doob Gye’. Announcing the release date of the music video Rautela took to her Instagram account and informed that the video will be released on April 30.

Meanwhile, Urvashi Rautela will soon be seen in South Indian films as well and as per reports the actress has charged 10 crores for one film.