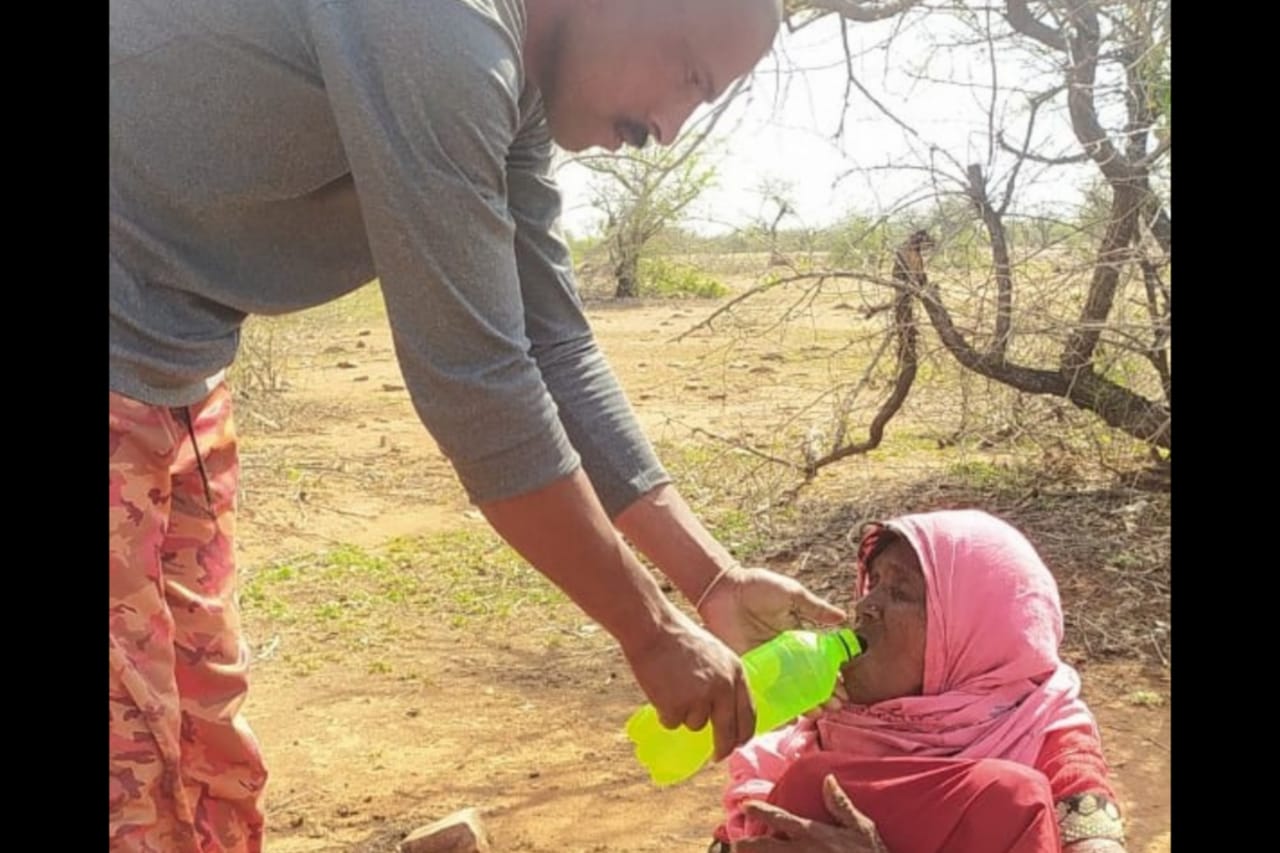 It is said that God couldn’t be everywhere, so he made mothers. In the world where we compare mothers to God, the shocking news of a man leaving his mother deserted in a forest has emerged. The gruesome incident occurred in the Kota district of Rajasthan.

Ratan, a resident of the Ranpur area abandoned his seventy-year-old mother and left her in the forest of Kolana village, 10 km away from home. The seventy-year-old elderly couldn’t walk and was left without any food or water.

She stayed hungry for two days in the forest, after which people from a nearby village came to her rescue. They provided her with food and water, and took her to the village to aid her.

One of the people who helped the elderly said that on getting information about the women, locals came looking for her. After looking for some time, they found her in a pitiful situation. “There were signs of crawling within the radius of about half a km. As the woman couldn’t walk, she must have tried to cross the forest by crawling.”

Locals said they are shocked at the woman’s condition. “She was hungry for two days and might have drunk the rainwater filled in pits to survive.”

On asking, the elderly woman told villagers that she is a resident of Ranpur and her son Ratan left her in the forest. She said that he had promised her to return and take her with him. While telling her whereabouts, the woman also confidently told that her son will surely come to take her back.

However, the reality differs. Villagers contacted Ranpur and located the woman’s son. They were informed that Ratan is a laborer and has an alcohol addiction.

The sarpanch and ward councilor of Ranpur were informed about the incident after which the woman was brought back to Ranpur.

On reaching Ranpur, people who rescued the elderly talked with Ratan and chided him. However, Ratan did not accept the allegations and told that woman herself had left and was missing for two days.

Get the latest update about Rajasthan, check out more about Kota district, Son leaves 70yearold mother, Woman crawled for half km & Ranpur