The minimum temperature was 3 degrees Celsius in Shimla, which saw snow on December 28. 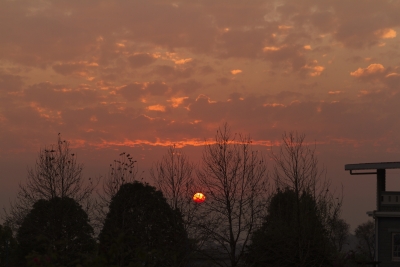 It was a sunny day on Thursday in Himachal Pradesh with the meteorological office in Shimla predicting dry weather to continue in the state till January 3.

"There are chances of widespread snow and rain in the state on January 4 (Monday). Till then it will be bright and sunny," a MET official told IANS.

The minimum temperature was 3 degrees Celsius in Shimla, which saw snow on December 28.

Unlike Shimla, its nearby destinations like Kufri and Narkanda are still marooned by heavy snow.

Keylong in Lahaul-Spiti district shivered at minus 12.2 degrees Celsius, the coldest place in the state.

Kalpa in Kinnaur district saw a low of minus 3.8 degrees Celsius, while the minimum temperature was minus 1.6 degrees in Manali, 2.4 degrees in Dharamsala and 2 degrees in Dalhousie.

The meteorological office said the western disturbance will start becoming active in the region from Sunday.