From Narappa to Kingdom: Ashin of the North- films, shows and series that are scheduled to drop in the digital space. 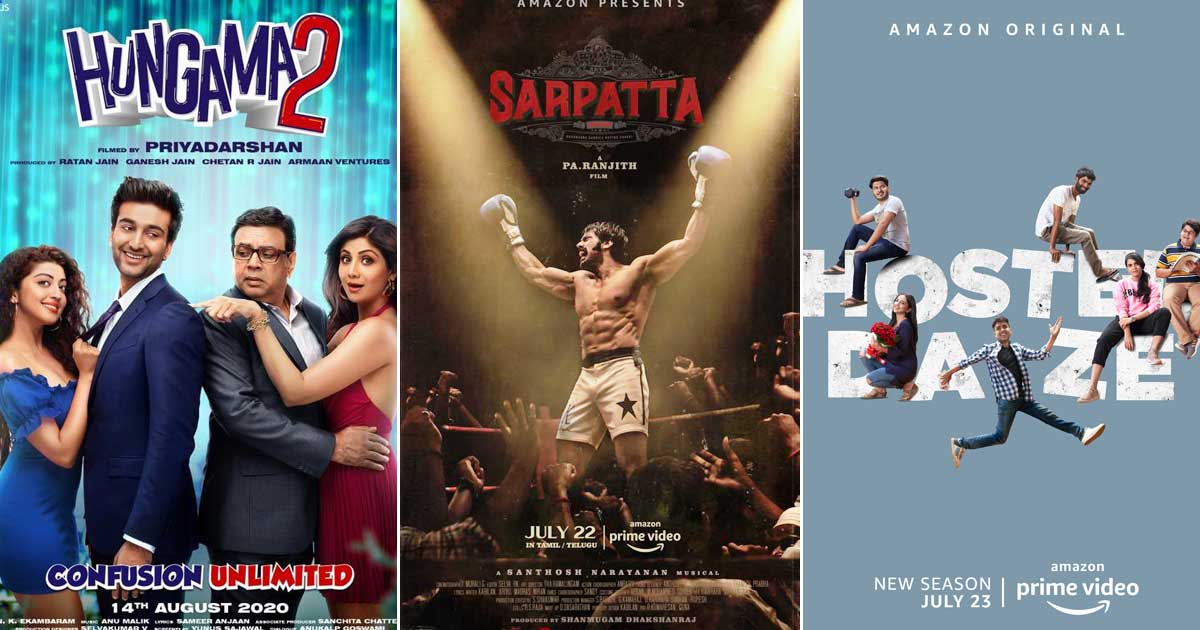 Here's a look at highlight films, shows and series that are scheduled to drop in the digital space this week.

The film is a Telugu remake of the Dhanush-starrer blockbuster Tamil movie "Asuran", which was based on the novel "Vekkai" by Poomani. The film revolves around the conflict between a farmer's family and a wealthy landlord who hails from the upper caste.

The Kannada comedy-romance is set during the time of the Covid-19 pandemic. The plot revolves around the life of a married couple, who are on the verge of getting divorced but have to spend time together because of the pandemic.

This Tamil period sports drama film is set during the 1980s revolving around a clash between two clans namely Idiyappa Parambarai and Sarpatta Parambarai in North Chennai, which also showcases the boxing culture in the locality and the politics involved in it.

The social comedy drama film is about a couple who decide to stage two weddings in order to get married. Sanjay, a Rajput from Jahanabad, is in love with Aditi, a Jat from Jaipur. They want to get married, but don't want to hurt their families. So, they plan to get married by arranging a fake set of parents.

The romance-drama anthology series will feature six meet-cute stories from six different directors. The short films follow young adults as they navigate the gamut of emotions that come with finding romantic connections in unexpected places.

The film follows Priyadarshan's 2003 hit "Hungama", and is a remake of his 1994 Malayalam film "Minnaram". The film is a farcical comedy involving two families. It marks the comeback of Shilpa Shetty after 13 years.

The high-paced drama documents three women who have been coerced and threatened into working as prostitutes for a vile pimp and their struggle to free themselves of this life.

It is a sports comedy based on American Ted Lasso, a coach of college-level American football who is unexpectedly recruited to coach an English Premier League team, AFC Richmond, despite having no experience in association football.

THE LAST LETTER FROM YOUR LOVER (film on Netflix, July 23)

The British romantic drama film based on Jojo Moyes' 2012 novel of the same name. A young female journalist in contemporary London uncovers a series of love letters telling the story of an intensely romantic but star-crossed affair in the 1960s and becomes obsessed with discovering the lovers' identities and finding out how their love story ends.

The suspicious death of a yesteryear star of Bengali cinema threatens to expose the seedy underbelly of serene Darjeeling.

The first season of "Hostel Daze" had the freshers exploring their newfound freedom in college as they also dealt with the shenanigans of the seniors. In the second season, the tables have turned, and the guys and girls have a chance to let loose and boss around the freshers.

KINGDOM: ASHIN OF THE NORTH (series on Netflix, July 24)

Tragedy, betrayal and a mysterious discovery fuel a woman's vengeance for the loss of her tribe and family.