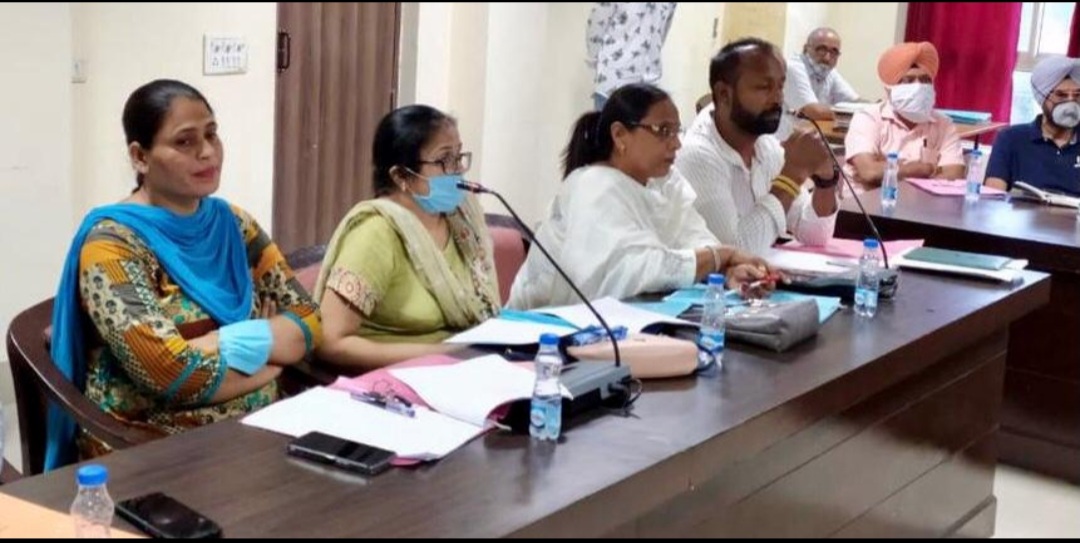 In its first House Meeting, the Municipal Corporation has cleared the proposal to recruit Safai Karamcharis and sewermen besides enhancing green spaces in the city area and setting up of Verka booths in five parks.

At the very outset the House observed two-minute silence in memory of those, who have left for their heavenly abode since over the last meeting.

The House also welcomed its all members as well as Commissioner before starts its proceedings. The House unanimously passed the resolution on recruitment of 98 Safai Karamcharis and 23 Sewermen to be recruited as per law and the guidelines issued by the Government of Punjab besides committing to the additional expenditure of Rs. 1.44 crore per year for this purpose .

Giving details of the meeting, the Municipal Commissioner Aashika Jain said that financial powers upto 50 lakhs had been delegated to F&CC.

She pointed out that proposals for green spaces have also been passed thus suggestions for development may be sent to adcudhsp@gmail.com

The House also approved the setting up of Verka booth in the designated parks and interested eligible candidates may contact at 92162-00095 in this regard.

The meeting held under the chairmanship of Mayor Surinder Kumar also gave its nod to development works worth Rs. 10.32 crores. The House also discussed the agenda of the meeting in detail, which had already been circulated amongst the members. The meeting also unanimously approved various development works.

Senior Deputy Mayor Praveen Saini, Deputy Mayor Ranjeet Chaudhary along with other councillors were present in the meeting.