In the House of the Dragon Episode 6, the name (Joffrey) which earned a lot of hate for his vile nature in its 'reel' character in the Game of Thrones has been introduced again 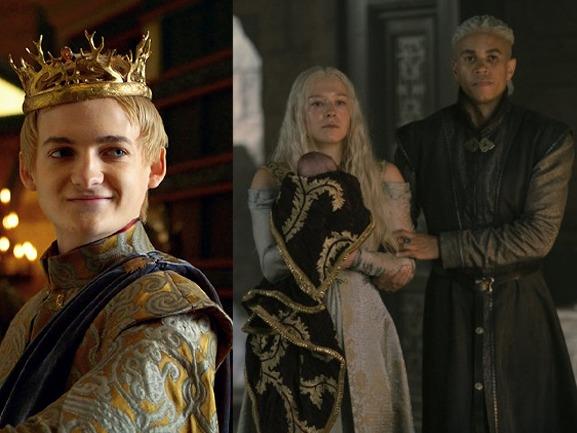 With the arrival of Monday, fans have been buzzing about the House of the dragon's new episode. House of the dragon Episode 6 was released on Disney Plus Hotstar on Monday at 6:30 AM (IST) and like always the web series has induced thrills as well as sorrow among fans. Based on widely-acclaimed American novelist George R. R. Martin's book Fire & Blood, House of the dragon ep 6 has raised many eyebrows as it is the first time in 'Game of Thrones' universe that HBO has taken a leap of 10 years in its plot. For those who haven't watched House of the dragon episode 6 till now and want to be well-informed regarding how the star cast has changed in this new episode, this is the right place for you. Before divulging details on how the House of the dragon 6 starcast has changed, it is worth pointing out that a character named Joffrey was introduced in the new episode. Yes! you heard it right, the name (Joffrey) which earned a lot of hate for his vile nature in its 'reel' character in the Game of Thrones has been introduced again, however, there is a catch-

House of the dragon's episode 6 plot has been set up after a gap of over 10 years between episode 5 and therefore the child Princess and the Queen are now much elder meaning a bunch of new faces. In the House of the Dragon's new episode, Hollywood actress Emma D'Arcy is Rhaenyra Targaryen now instead of Milly Alcock, and Queen Alicent is now played by Olivia Cooke. Like episode 5 showcased Alicent donning a green gown which signified declaring war against Rhaenyra, episode 6 carries forwards the plot but with new faces of course.

House of the dragon episode 6 starts with Rhaenyra giving birth to her new child and 'It's a Boy'!. For the unversed, in episode 5, Rhaenyra Targaryen was getting married to Ser Laenor Velaryon over 'private' agreement between both of them. However, as soon as Rhaenyra gave birth to her son, the Queen orders the newborn child to be brought into her chambers as she wants to see the child. Despite the fact, Rhaenyra was still in 'labour pain', she taken her child by own to Queen with the support of her husband Ser Laenor. The Queen's summoning was a direct threat to the Princess and this is what the two were expected to do in order to justify the Episode 5 ending i.e. war between the Queen and the princesses.

Now, unveiling the catch behind Joffrey, when Rhaenyra goes into the Queen's chamber along with her husband, Alicent asks the name of their son. Although Rhaenyra says she has not decided yet, her husband Ser Lenor jumps in and says that he has named his son 'Joffrey'. Now, the name of Joffrey indeed haunts the fan as in the Game of Thrones web series Cersei's elder son's name was Joffrey and he was indeed cruel. The GOT fans indeed remember that it was Joffrey who had ordered the beheading of Ned Stark in front of Sansa and the Kings landing. Not only this, Joffrey was among the cruel rulers that most of the watchers hated.