House of the dragon: Did you know Joffrey revealed the shocking truth of Rhaenyra's death way back in GOT?

Yes, the House of the dragon ending was discussed in the Game of Thrones by none other than Cersei's son Joffery Author : Ujjwal Samrat 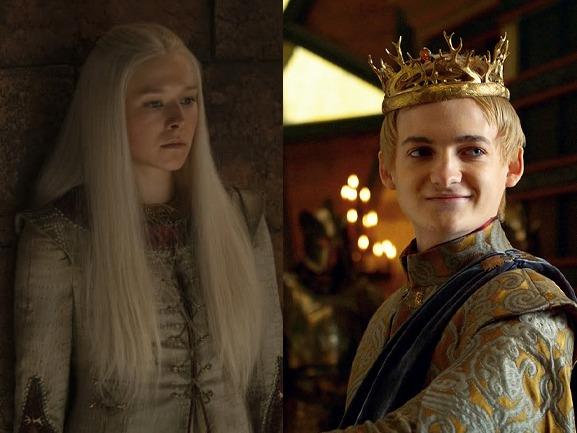 Yes, the House of the dragon ending was discussed in the Game of Thrones by none other than Cersei's son Joffery. Joffrey who has been regarded as one of the most hated characters of the Game of Thrones indeed revealed Rhaenyra Targaryen's death. For the unversed, in the Game of Thrones Season 3 Episode named 'And Now His Watch Is Ended' Joffrey gives his fiancée, Margaery Tyrell, a tour of the royal sept within the Red Keep and tells of its gruesome history. When Joffrey was showing Red Keep to Margaery, he stops in front of Rhaenyra's grave and revealed that she was killed by her brother's dragon. "It ate her while her son watched," he explains with a grin adding that "What’s left of her is buried in the crypts right down there."

As per the book Fire & Blood, the brother that Joffrey mentioned is none other than Aegon II Targaryen. Yes, the same Aegon II Targaryen who is the first-born son of Alicent and Viserys I, Rhaenyra's father, making him her step-brother. Till episode 6, the house of the dragon plot has shown the infighting among Rhaenyra and Alicent who were once best friends. Although Rhaenyra was named as the heir to the Iron throne, it was Agon II who is the first-born son of Viserys I from his second wife Alicent. As per the book, Aegon II is a major player in the Targaryen war of succession called the Dance of the Dragons. The civil war sees Aegon II and Rhaenyra fight for their father's throne.

It is pertinent to mention here that despite of ending already known to the hard-core GOT fans, HBO's House of the dragon has successfully made a special place in the hearts of the fans. House of the dragon Episode 7 will be released on Monday at 6:30 AM (IST) on Disney Plus Hotstar.