How did Vinayak Damodar Savarkar gets title of “Veer”? Remembering the great revolutionary on his 55th death anniversary 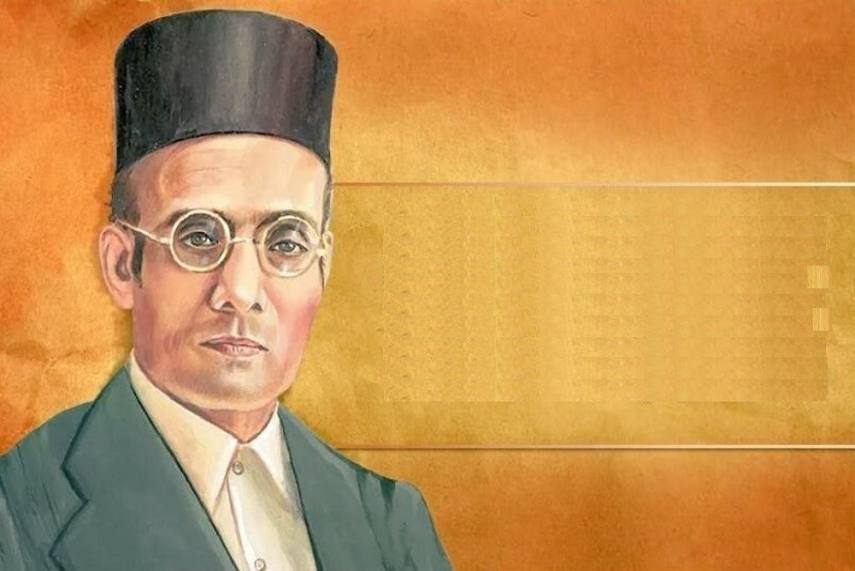 Vinayak Damodar Savarkar was born May 28, 1883, at Bhagur village of Nashik district in Maharashtra, was a nationalist and an important figure of Hindu Mahasabha ("Great Society of Hindus"), a Hindu nationalist organization and political party. Veer Savarkar died on February 26, 1966, in Bombay.

Veer Savarkar was a freedom fighter, politician, lawyer, writer, social reformer, and institutor of Hindutva ideology. He got the nickname 'Veer' at the age of 12 after performing a bravery act.

Veer Savarkar has made a prominent place in the hearts of the people with his revolutionary works and his name is taken with pride and honour. But how did Savarkar get the title of “Veer”?

It is said that the artist who gave Savarkar the title of 'Veer' was also called 'Acharya' by him. During those times, people used to greet names with the titles given to them. After being blacklisted by the party due to a dispute with Congress over a statement, Savarkar was opposed everywhere. In the meantime, drama and film artist PK Atre decided to accompany Savarkar and held a reception for Savarkar at his Balmohan theatre in Pune.

History says Congress workers have threatened to protest against Savarkar by showing black flags and by distributing leaflets for this event. Even though Congress protested, thousands of people joined the program and Savarkar was welcomed wholeheartedly. It was this time when Atre gave Savarkar the title of “Veer”. Savarkar was fearless at the event, said Atre, adding, "The black flag will not scare the man who is not scared even by the punishment of 'Kala Pani'". Savarkar was then honoured with the title of 'Swatantryaveer' by Atre.

Here are a few quotes to recall Veer Savarkar on his 55th death anniversary.

“Oh Motherland, Sacrifice for you is like life! Living without you is death.”

“Calmness in preparation but boldness in execution, this should be the watchword during the moments of crisis.”

“We yield to none in our love, admiration and respect for the Buddha-the Dharma-the Sangha. They are all ours. Their glories are ours and ours their failures.”

“One country one God, one caste, one mind brothers all of us without a difference, without a doubt.”

"Every person is a Hindu who regards and owns this Bharat Bhumi, this land from the Indus to the seas, as his Fatherland as well as Holyland, i.e. the land of the origin of his religion. Consequently, the so-called aboriginal or hill tribes also are Hindus because India is their Fatherland as well as their Holyland of whatever form of religion or worship they follow."