HUSH HUSH OTT release date: When and Where to watch the all women crime thriller? 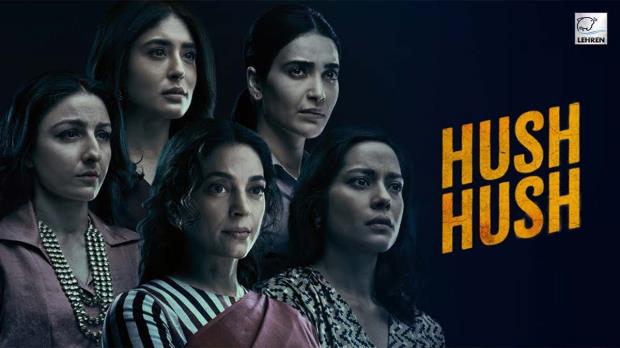 The latest women multi-starrer in lead Hush Hush is all set to stream on the web space in a week’s time.

The upcoming crime thriller will have seven-episode and is created by filmmaker Tanuja Chandra, known for the films such as Dushman, Sangharsh, and Qarib Qarib Single.

Hush Hush revolves around the lives of a set of women, whose perfect life falls into a mess after unexpected events bring to the fore their past and challenge the peaceful existence that is close and dear to them.

Perfectly inscribed in the web of fake proceedings, bashing patriarchy, this story explores the storm that brews behind the quiet façade of the privileged lives these women have had.

Hush Hush is a sensitive and interesting story with nuanced, flawed, and complex women who light up the screen.

From what it seems through the plot and the trailer Hush Hush has the vibe of the hit web series, Big Little Lies.

The lead female protagonists from the story land up in their secret from the past. It is the murder mystery from the Hollywood series Big Little Lies that gets a reflection in the trailer of this story.

However, as things proceed the series is looking awesome and how will it justify the plot of suspense and thrill will be a treat to see when it finally releases on the 22nd of this month