Only Captain can ensure holistic development and economic growth in the state, said Tewari. 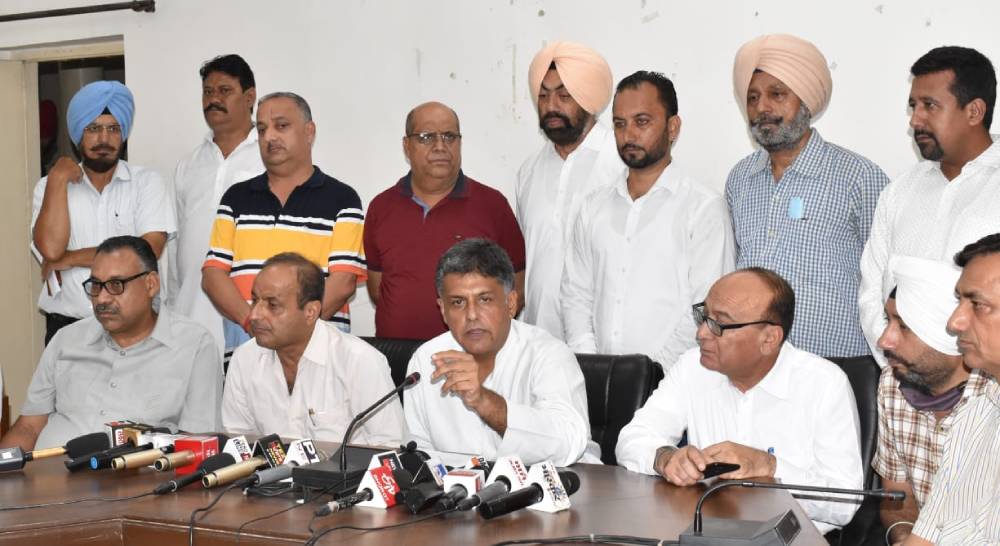 JALANDHAR, SEPTEMBER 14: Member Parliament Manish Tewari on Tuesday lashed out at the Centre for its ill-conceived economic policies which made crores of people unemployed while the UPA Government under Manmohan Singh brought over 27 crore people above the poverty line during its 10-year regime but now again people trapped in unemployment with a major impact on mediocre families.

Member Parliament from Sri Anandpur Sahib Manish Tewari, who was interacting with media persons here at Circuit House, said that the ill-managed implementation of demonetization and GST across the country badly devastated the economy of the country for which Prime Minister Narendra Modi led NDA Government was fully responsible.  The Member Parliament pointed out that the fuel prices were skyrocketing these days with petrol price had crossed Rs. 100 per litre and diesel above Rs. 90. The Centre had collected revenue over Rs. 25 lakh crore, of which 68 per cent was cess but this money has not reached the state as yet. The border State of Punjab has suffered a lot due to the apathetic attitude of the Centre during the last four and a half years, he added.

Manish Tewari also accused the Centre of stalling the compensation on account of RDF or GST since the Union Government was meting out step-motherly treatment to Punjab. Now the Centre is all out to devastate the agrarian economy of Punjab by bringing three black farm laws, which are not at all acceptable, said the Member Parliament adding that Punjab was already facing several major challenges due to a border state, where the hostile neighbour was continuously indulged in smuggling of arms and other contrabands. Amid such crucial circumstances, the treatment being meted out by the Centre could become more precarious for the state, he added.

The Punjab Government led by Chief Minister Captain Amarinder Singh effectively tackled all the challenges including the management of the COVID-19 pandemic. He said that it was Captain Amarinder Singh’s Government, which raised the voice against three black farm laws besides rejecting these in Punjab Vidhan Sabha. A dharna against farm laws was also held at New Delhi and met the President in this regard whereas the Akali leader Harsimrat Kaur Badal was the member of that Union Cabinet which passed these anti-farmer laws and the Akali Dal didn’t even oppose this development at once just to save their political interests, said the Member Parliament.