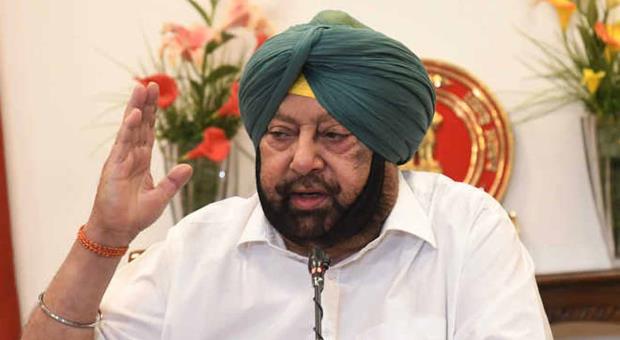 Former Punjab Chief Minister Captain Amarinder Singh inaugurated his party 'Punjab Lok Congress' office on Monday. The party office is located in Sector 9 of Chandigarh. Taking a step ahead in upcoming state polls, the politician also reasserted that his party in alliance with BJP and Sukhdev Singh Dhindsa’s outfit will form the next government in the state. He also himself "Number 1" in Punjab.

Announcing the office's inauguration, Capt tweeted, "Sought Waheguru Ji's blessings before I proceed to inaugurate Punjab Lok Congress office today. Prayed to the almighty for Punjab's prosperity and safety, as I pledge to continue working for my state and the welfare of its people."

Speaking about the Punjab assembly elections which are just two months away, Captain Amarinder said that "little time is not a challenge to him. I'm currently the Number 1 political leader in Punjab."

Amarinder Singh further claimed that in the 1980 elections, he defeated Akali Dal's Ajit Singh Sarhadi in just 14 days. "He was declared a candidate by the Akali Dal four months ago, yet I won by 1.5 lakh votes," he added.

Further taking a dig at Punjab PCC president Navjot Singh Sidhu’s proposal of trade with neighbouring Pakistan, Capt said that “First, Pakistan should stop killing our soldiers, then we will discuss trading.”

Singh told the media after launching his party office that the membership campaign had already begun.

"We are quite optimistic that we will win the upcoming elections. We will form the next government with seat adjustments with the BJP and Dhindsa sahib, he stated.

He went on to say that the party's membership campaign began ten days ago. "In the district, a committee is also being formed so that people can join the party," he continued.

"Now it's only a matter of seat adjustment. I cannot tell you the numbers of seats each party will contest for," Captain concluded.