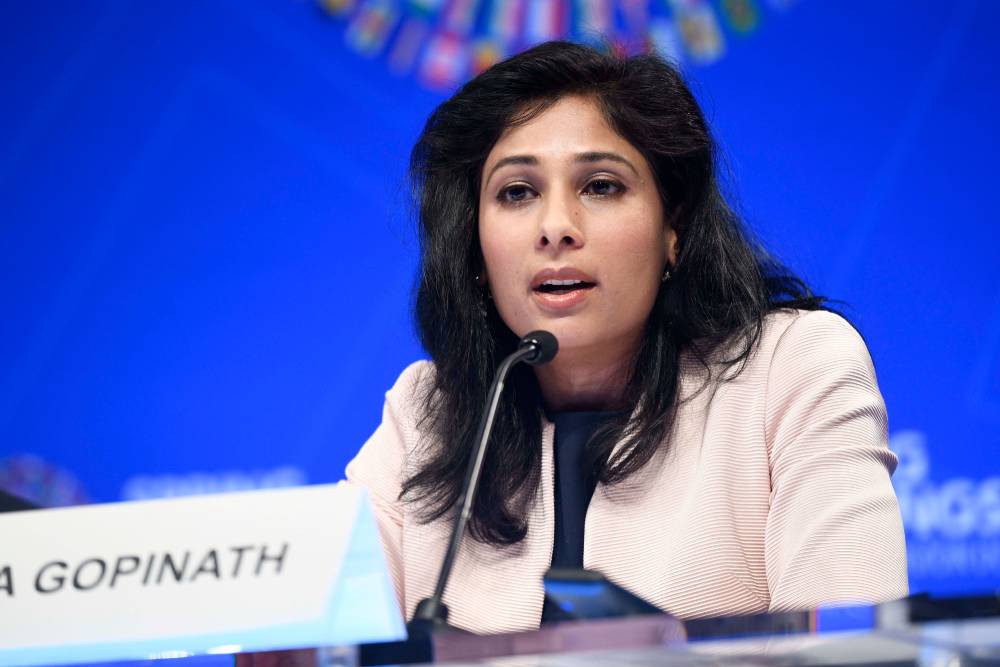 A top International Monetary Fund (IMF) official on Tuesday said that India is performing well in terms of vaccinating its own citizens which is helping its economy to recover.

The global financial institution in its newest forecast has shown a 9.5% of growth rate for India in 2021.

During a virtual conference call on Tuesday,  Gita Gopinath, Chief Economist of the IMF told the media: "We don't have a change to our growth forecast for this year for India. I mean India came out of a very, very tough second wave and that led to a big downgrade in July but we have no change (in its growth rate projections) as of now.”

As per the latest World Economic Outlook, India’s growth has remained unchanged from its previous WEO update of July that was released this summer but is a three-percentage point in 2021 and a 1.6 percentage point low from its April projections.

Ahead of the annual meeting of the IMF and the World Bank, the WEO update has also assumed that the world will rise at a rate of 5.9% in 2021 and 2 by 4.9%. While the United States economy is forecasted to grow at six per cent this year and in the next year by 5.2 per cent, on the other hand, projection says China will grow at 8 per cent in 2021 and 5.6 per cent in 2022, the IMF stated.

The Indian economy is already facing several challenges with regards to the financial market, Ms Gopinath said. The virus is still there, the challenges are not gone yet.

Malhar Nabar, who heads the World Economic Studies Division in the IMF's Research Department that produces the World Economic Outlook (WEO), said that there is still room to provide more support if needed if the pandemic takes a turn for the worse, to provide it in a targeted manner to the worst affected households and firms.

Malhar Nabar, who heads the World Economic Studies Division in the IMF's Research Department that designs the World Economic Outlook (WEO), said that there is still space to offer more help if necessary keeping in mind if the pandemic gets worse. Given the targeted way to the most extremely affected families and firms.

Responding to a question, Mr Nabar said, "But going forward over the medium term, it was important to put in place a credible medium-term strategy to bring down the debt to GDP ratio, and create space to meet the future development needs and infrastructure needs of the Indian economy.”