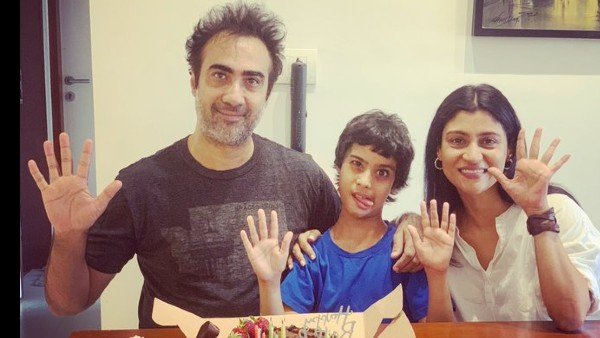 In a recent interview with a national newspaper, actor Ranvir Shorey discussed his experience co-parenting his son Haroon with his ex-wife Konkona Sen Sharma.
He claimed that, despite the fact that he and Konkona are divorced, their son seems unaffected by their split.

The actors recently came together for Haroon’s 10th birthday. Ranvir took to his Twitter handle to share a picture from his birthday celebrations and captioned it, ‘10! Happy Birthday, Haroon Shorey! You light up our lives!’ 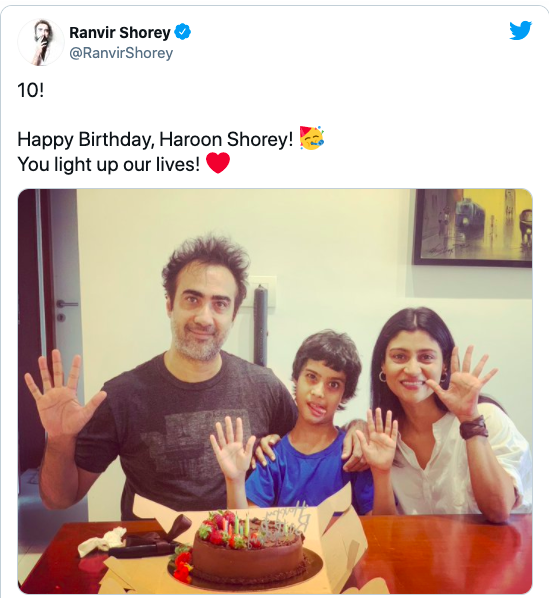 The 'Bheja Fry' actor stated that he and Konkona have done everything possible to ensure that their son has the opportunity to spend time with both of his parents.

He added, "And even in between, if he is free to go whenever he wants to go from one house to another house. So we have kept it very fluid and easy. It is important not to let the feelings that we have for each other affect the child's life."

Professionally, they've worked on films including 'Traffic Signal,' 'Mixed Doubles,' 'Aaja Nachle,' and 'Gour Hari Dastaan,' as well as Konkona's 'A Death In The Gunj.'