In a fresh legal battle: Offender Ezra Miller has been charged with stealing booze from a house in Stamford

The reports released from Police has charged the 'The Flash' star with alleged crime after months of investigation and has been told to report in a local court on September, 26th 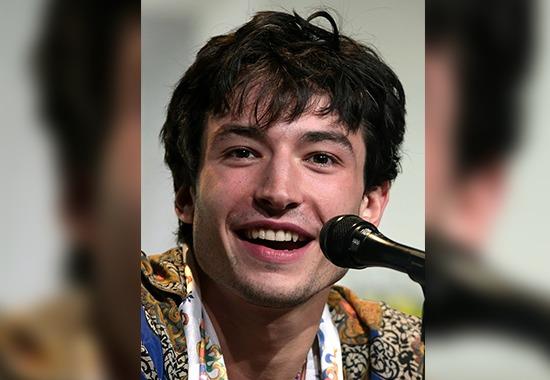 ‘The Flash’ star Ezra Miller, 29 has landed in fresh legal trouble again after getting arrested for stealing several bottles of alcohol from a house in Stamford this year, the latest reports released by police informed.

The case was reported to the police when the homeowners registered a complaint on May 1 against the alleged burglary when they found liquor bottles from their home missing. Miller was arrested after the police launched an investigation into the matter undergoing footage of surveillance which showed Miller at the sight when the incident happened.

Three months later into the investigation the police caught the actor on August 8th and issued a notice to appear in Vermont superior court on September 26th over the alleged charges imposed against him.

The controversy and the legal battle are nothing new to Miller. The actor has been charged with a series of other allegations in different parts of the States. In late June earlier this year, the American magazine Rolling Stone reported on the actor that the latter was housing a lady with her three daughters in his drug- and gun-filled Vermont farmhouse.

In the same month, Miller was accused of grooming a teenager with “cult-like” behavior. The teen’s parents filed a lawsuit in Standing Rock Sioux Tribal Court that claimed the actor “uses violence, intimidation, the threat of violence, fear, paranoia, delusions, and drugs to hold sway over a young adolescent Tokata.”

In a separate case of disorderly conduct in March in Hawaii and a second-degree assault in April, Miller was arrested by Police, He was also accused of being the subject of 10 calls to 911 in less than a month during a stay in Aloha state.

His offenses have even promoted Netizens of running a campaign against the actor over canceling his future projects.